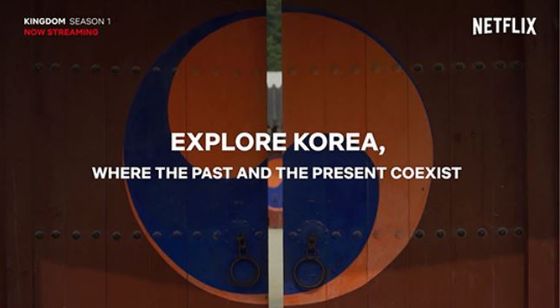 
The Korea Tourism Organization (KTO) released a promotional video introducing the country that was made in collaboration with global streaming service Netflix.

The video can also be found on the KTO's website and Facebook page, and the organization hopes to promote the country’s diverse beauty in overseas.

Netflix users can type “Explore Korea” into the search function to find all the content featured in the promotional video.

“It’s very meaningful for us to have the special opportunity to collaborate with the KTO to highlight Korea’s beauty through the various original drama series, films and variety shows,” an insider at Netflix commented.