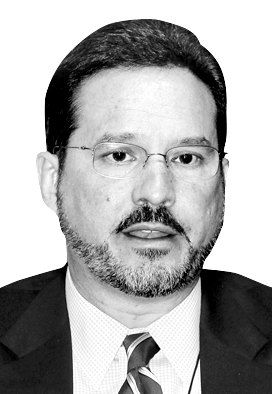 “A considerable portion of it is distorted,” Ambassador Chung told the press, but did not elaborate on which parts those were.

I worked with John Bolton on North Korea issues in the Bush administration, where I was sometimes the target of his wrath and at other times responsible for cleaning up the damage from his leaks. I was also always impressed with his intellect. Bolton is a pamphleteer and provocateur who would rather prove his point than find practical solutions to diplomatic problems. He had many detractors. But I never heard anyone ever say that he was a liar.

So which parts of his book might be distorted?

One claim in the book that might have upset the Blue House was Bolton’s claim that the first U.S.-North Korea summit in Singapore in 2018 was not the brainchild of Kim Jong-un, but instead of Ambassador Chung. As Bolton put it, “the whole diplomatic fandango was South Korea’s creation.” Bolton also claims that President Moon told Trump that Kim had committed to complete denuclearization and could be trusted, a position Bolton himself clearly disagreed with but one that Trump accepted.

Is this part of the book inaccurate? It is widely accepted that the U.S.-DPRK summit was brokered at least in part by Seoul, and President Moon’s ability to turn the dynamics on the Korean peninsula from the danger of “fire and fury” toward summit-level diplomacy has been a huge political asset for the Democratic Party (DP) and one for which the Blue House has been happy to take credit for.

But Bolton probably misses the point in claiming that the whole diplomatic “fandango” was South Korea’s creation. The reality is that North Korean leaders have wanted direct summits with the U.S. President since the 1990s in order to confirm Pyongyang’s nuclear status, offset dependence on China and end the so-called “hostile policy” of U.S. sanctions and military deployments in East Asia. The Moon government may have jumpstarted the 2018 U.S.-DPRK summitry, but Pyongyang has been primed to try to cut a deal directly with a U.S. President since Bill Clinton’s time in office.

I find Bolton’s claim that President Moon tried to convince Trump that Kim Jong-un was committed to denuclearization very credible because I have heard so many of Moon’s deputies make the same case both publicly and privately. Meanwhile, Bolton’s assumption that Kim actually has no interest in real denuclearization is hardly unique. When I canvassed bipartisan groups of U.S experts on their views, usually 90% agree that Kim has no intention of giving up nuclear weapons. This fact is also evident in Kim’s insistence on using the phrase “complete denuclearization of the Korean peninsula” which North Korean official explanations describe as requiring the United States to also end its nuclear umbrella and disarm.

The lack of Pyongyang’s commitment to denuclearization is also obvious in the uninterrupted expansion of the North’s nuclear arsenal over the past three years, which has been well chronicled by government sources and think tank websites like the CSIS Beyond Parallel site. Bolton’s skepticism about Kim’s intentions perfectly reflects not only the bottom line of outside experts in Washington, but also the prevailing view of the entire U.S. national security establishment.

Bolton’s description of Trump’s preoccupation with “photo opportunities” with Kim Jong-un in the Demilitarized Zone rather than actual denuclearization is also hardly a surprise. This is the concern quietly whispered even by Republicans in Congress and officials in the administration, though never stated publicly the way that Bolton did. Trump’s pressure on Japanese Prime Minister Shinzo Abe and others to recommend him for the Nobel Peace Prize suggests how much the President’s showmanship has crowded out any interest in the specifics of actually reducing the nuclear threat from North Korea. When Bolton stated that Trump did not really care whether medium range missiles were left to threaten Japan and South Korea, he was only putting in print what senior Japanese officials express as their grave concern to anybody willing to listen. So again — nothing in what Bolton claims about President Trump’s cavalier attitude toward the actual nuclear or missile negotiations comes as a surprise.

Could it be that Bolton’s description of the Hanoi meeting with Kim was inaccurate? It is hard to know for certain if Trump really did walk out to distract from the televised hearings of his former lawyer Michael Cohen, as Bolton writes. The progressives in Seoul seem to think that it was Bolton himself who sabotaged the Hanoi Summit. The most likely explanation is that the entire U.S. national security team — including Bolton — prepared Trump better for Hanoi than they had for the Singapore Summit and alerted him to what would represent real progress and what would be fake.

Since Pyongyang was unwilling to negotiate details at the diplomatic level beforehand and sprung their proposal directly on Trump in Hanoi, they ended up putting forward exactly the kind of hollow proposal — like, the partial shutdown of Yongbyo — that the negotiators had warned would be a trap. That encounter does not so much appear to be Bolton sabotaging Trump as the U.S. team doing good preparatory work and the North Korean side hoping they could bypass the experts and appeal to Trump’s ego — which did not work in that case.

The bottom line is that Bolton may have oversimplified some developments, but he did not make them up. At the same time, the Blue House is right to criticize Bolton and the United States more broadly by complaining that the book was “a violation of the basic premise of diplomatic relations.” It is a privilege to work in the White House, and betraying the trust of the President is not only an offense to Trump, but to the institution of the presidency itself. No national security advisor has ever rushed to publish a book the way Bolton has. But then, as veteran Republican operative Peter Rodman wrote, presidents get the national security advisors they deserve.