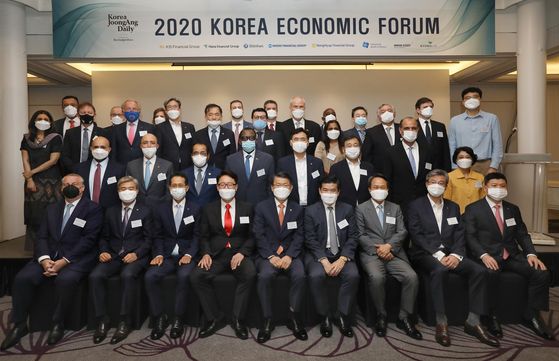 
Participants at the 2020 Korea Economic Forum hosted by the Korea JoongAng Daily at the Millennium Hilton Seoul in central Seoul on Wednesday include: