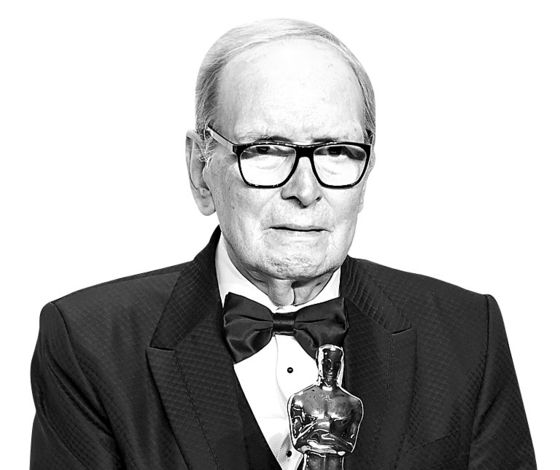 The author is a national news editor of the JoongAng Ilbo.

The origin of the Spaghetti Western, also known as the Macaroni Western, traces back to “A Fistful of Dollars.” While it was an unauthorized remake of Akira Kurosawa’s “Yojimbo”, the 1964 film was a phenomenon as viewers found it refreshing to see mythical “Westerns” depicting real gangsters thrown into vivid violence.

The move gave birth to three masters, director Sergio Leone, actor Clint Eastwood and composer Ennio Morricone. In times when grand symphony, country or folk music were mainly used in Western films, Morricone’s music was shocking. The soundtrack of the movies featuring whistles and electric guitar were innovative, and it marked the beginning of the Morricone legend which was overwhelming both in quality and quantity.

The band Metallica and director Ryoo Seung-wan praised and paid homage to “Ecstasy of Gold” from the Good, the Bad and the Ugly, and guitarist Kim Tae-won arranged Jill’s Theme from “Once Upon a Time in the West” — which was the first completion of the Morricone style for electric guitar and was included on the second album of his band Boohwal. The theme of Duck, You Sucker! contains comic, serious and sorrowful feelings at the same time, and My Name is Nobody features one of the most cheerful themes in Western films. Morricone’s music started to dominate in the 1960s and 70s.

His music blossomed in the 1980s. Deborah’s Theme in “Once Upon a Time in America” reminds us of the sweet memories of first love, and Gabriel’s Oboe and On Earth as It Is in Heaven in the movie “Missions” created anticipation in cinematic music. As I grow old, I become tearful for no reason whenever I listen to music from Cinema Paradiso. Having composed countless masterpieces, Morricone remained solid for another generation and passed away at the age of 91.

While the country is still noisy and many things needing to be addressed, I want to fill the entirety of the page solely with a eulogy for him. I want to cherish his memories with many of my peers around the world who grew up with his music since the days when I paid a few thousand won for an LP of Once Upon a Time in America OST. Another generation is leaving us.

Spaghetti Western Sergio Leone Once Upon a Time in America