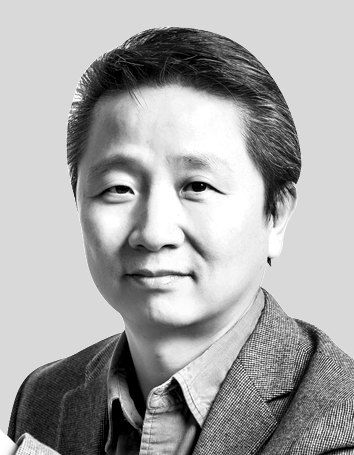 When Land, Infrastructure and Transport Minister Kim Hyun-mee was summoned by President Moon Jae-in last week, many thought she would be reprimanded for her excruciating defeat in the war against real estate speculation. On her watch, the government has come up with 21 sets of measures to cool off soaring real estate prices. But the main target — prices of apartments in the posh neighborhoods of Gangnam District in southern Seoul — hasn’t cooled off even a bit and, in fact, it’s still sizzling hot. The extent of Kim’s censure represents the president’s will to rein in the property market.

However, instead of scorning Kim for the disastrous results, Moon urged her to try again. She was given an additional order of “increasing housing supplies” on top of raising taxes on people with multiple houses. In fact, Moon instructed her to be “inventive” if necessary to increase supplies. She was ordered to raise the comprehensive property tax rate while “lowering taxes for first-time housing purchases by newlyweds and young singles.”

But taxes fall under the jurisdiction of the Ministry of Finance, which operates the tax bureau, and also a separate team handling real estate policy. Still, the responsibility was given to Kim, instead of Hong Nam-ki, the finance minister and deputy prime minister for the economy.

The president should be well-aware of the pecking order in the cabinet. Therefore, the market now believes that Kim is above Hong in terms of the government’s real estate policy. Under her command, the outcome of the next set of measures — the 22nd round for anyone who is counting — is quite foreseeable. These measures will surely fail, as she has learned nothing from her past 21 blunders. 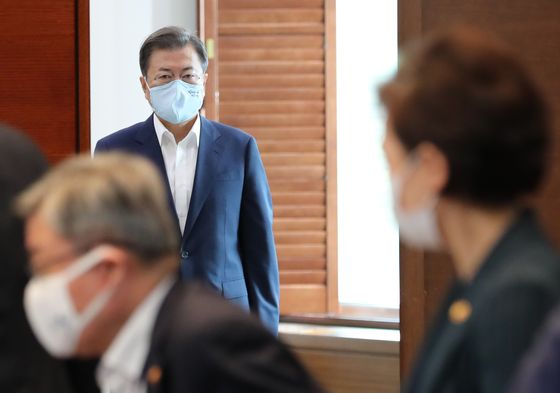 Market pundits now sneer that the Moon administration may be aiming to deepen property wealth polarization — instead of cooling off the real estate market. They suspect that the liberal administration is attempting to divide the people into two groups — the property-super-rich 1 percent and the rest of the population — to consolidate its support base. Gangnam homeowners are even happier than before in anticipation of a further surge in their apartment prices. The more powerful Kim becomes, the higher Gangnam real estate prices will go. If the president is really serious about stabilizing the real estate market, he must sack the minister first.

By doing so, Moon could mitigate the complaints and deepening suspicion that he is politicking with real estate. Moon appointed Kim — a third-term lawmaker with no experience in the real estate field — as Land Minister instead of choosing an expert. The market perceived the appointment by the president as a sign that he desired to use the real estate market for political purposes.

Since Moon has never reprimanded Kim for her failed real estate policy, the market would think that she faithfully followed her boss’s orders. The market may even suspect that Moon wants to let Gangnam apartment prices rise and deepen inequalities to unleash public disgruntlement and rage over homeowners in the posh districts. The housing prices will never come down with such a political design.

The president must take responsibility for the mess. On Monday, he said the biggest priority should be stabilizing the real estate market. He knows the gravity of the situation. But retaining the same commander can invite other misunderstandings. Cabinet members could think that friendship with the president is more important than doing a job well. Moon is particularly soft towards his aides. He was heartbroken to see Cho Kuk, former justice minister, leave the cabinet.

Moon stopped Kim from resigning and running for a legislative seat. So he could not have fired her right away. But he must differentiate between public and personal affairs if he wishes to appease the people. The unification minister was dismissed immediately after North Korean leader’s sister Kim Yo-jong went berserk over anti-North Korean leaflets being sent across the border. But Minister Kim is still active. If Moon keeps Kim longer, people would suspect he has run out of talent to recruit.

If Moon cares for Kim that much, it would be best for him to let her go. Even an ace pitcher can see a slump. The coach is neglecting his duty if he does not summon the pitcher off the mound before more pain and shame wears him down. He is risking not just one game, but the entire season. The pitcher’s athletic life also could be shortened.

The ruling party has started criticizing Minister Kim. Even a veteran politician won’t be able to stomach a landslide of public criticism. Real estate can be explosive. A slip can not only cost public confidence, but also the governing power. If the team loses, the head coach would have to share the responsibility.