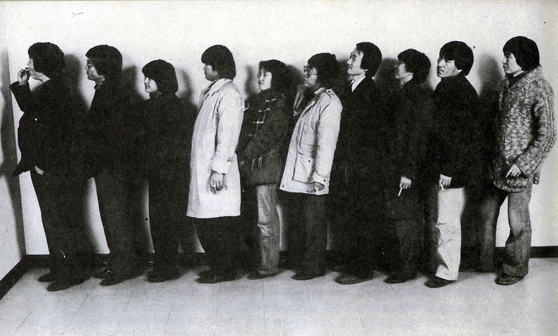 
“Speaking truth with art” was the motto of the Reality and Utterance art collective — a group of young, revolutionary and rebellious artists who came together in October 1980 to lead the Minjung Art movement, commonly known as the people’s art movement of the 1980s.

Some 20 artists sought to fight against the military dictatorship of the regime through art, by speaking truth about the reality at a time when even reading books that were deemed “unsound” was illegal. It pioneered the Korean arts field of the early 1980s and actively shaped the scene until 1990 when it disbanded.

On the day of its first exhibition on Oct. 17, 1980, which was supposed to be held at the Korea Arts & Culture Education Service (Arte) Art Hall, Arte abruptly canceled the exhibition rental contract and switched off the lights. The artists held a candlelight protest, but only for 30 minutes. Arte had canceled the exhibition explaining that the works “were not right for the times.” 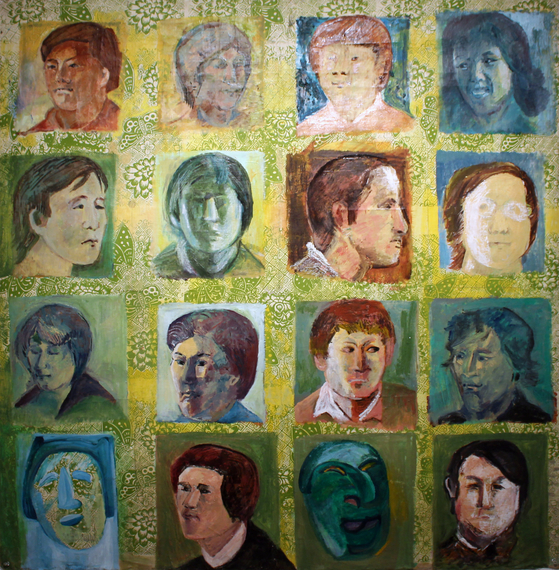 
Reality and Utterance had written in its manifesto — which was included in the exhibition’s catalog — that its creation was to, “recover the true and active role of art in a journey toward the new age, by creatively executing art through collective work and theory.

“Conventional art has, in any form, alienated and neglected the true reality of itself and its neighbors by catering to the materialistic taste of the leisure class or by clinging to the high-toned idea of amusement,” the manifesto read.

The group reopened its first exhibition at Dongsanbang Hwarang in Insa-dong, central Seoul, on Nov. 13, 1980 and officially presented its work to the public for the first time. The works covered a wide array of subjects: from criticizing consumer society and pointing out the realities of a divided country, to the subtleties of daily life that the people of late 20th century Korea were living. Their tools were as varied as their ideas were, but one theme traveled through all the works: voicing the unspoken truth. 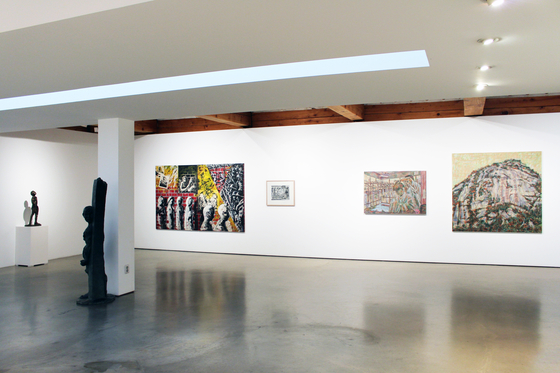 An installation view of the "Art and Words" exhibition held at Hakgojae Gallery. [HAKGOJAE GALLERY]


This year marks the 40th anniversary of Reality and Utterance. Korea has changed, and artists no longer need to fear having their works taken down, but the birth of the group and the works that it has left still remain an essential chapter in the history of Korean modern art. To celebrate the meaningful year, 16 artists from Reality and Utterance have come together for a group exhibition at Hakgojae Gallery, central Seoul, titled “Art and Words 2020.”

The title “Art and Words” has been taken from a bulletin of the same title written in 1982 for the group’s exhibition held at Deoksu Museum in central Seoul, in which the group expressed its wishes to “be of help for a wider understanding of art, and become the foundation for the exchange of opinions.” 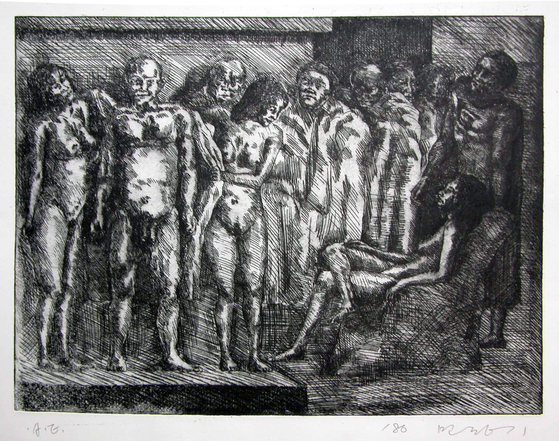 The exhibition mostly features the well-known pieces of these 16 artists created during the 1980s, but also juxtaposes the past with the present, displaying works that they have made in recent years. For instance, next to Min’s famed etching “Superman is Born” (1980) are two oil painting from his 2019 series “Gubo’s Haircut” as well as “1939,” created this year. Kim Geun-hee’s “Pamphlet Portrait” of 16 artists from Reality and Utterance created in 1987 sit across from her newest oil paintings, “Candlestick Rock” (2019), representing a consistency in her style but a change of her philosophy that came with time.

“What does the reality of the 2000s look like to these creators? What will art say here and now and what kind of art will words materialize into? This exhibition is the site for utterance about ‘art and words,’ still valid as ever, through works encompassing their utterances about the youth’s reality in the 1980s and utterances towards the reality of 2020, selected by the artists who operated as members of Reality and Utterance,” Hakgojae Gallery writes. 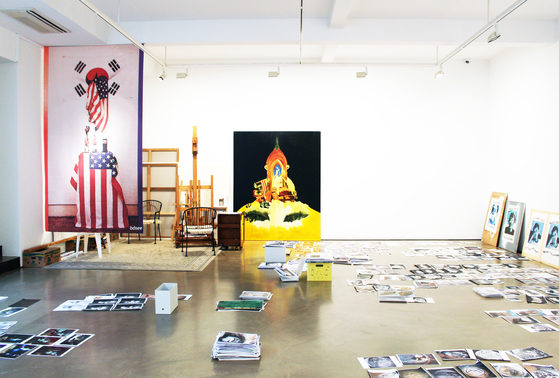 An installation view of the special project room inside the "Art and Words" exhibition held at Hakgojae Gallery. [HAKGOJAE GALLERY]


Artists of Reality and Utterance will come to a special project room to meet with the visitors in person. No schedules have been set, so visitors may run into multiple artists or none at all. Artist Park Bul-dong has set up a small art studio at the corner of the room, where he will paint a series of portraits — either of the members of his group or of the visitors that he comes across at the gallery. Lee Tae-ho will work on his poster series in the room, while Lim will have visitors take part in his project titled “Don’t Stop, Drawing” where people will get to draw on sand and witness their creations transformed into a computer animation.