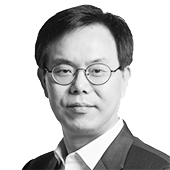 Justice Minister Choo Mi-ae should stop trying to push Prosecutor General Yoon Seok-youl out of office just because he is an eyesore for this administration. Instead, she must concentrate her efforts on protecting the people’s rights — the fundamental task of the Justice Ministry.

First, she should protect the Seoul Metropolitan Government employee who is facing attacks for filing a complaint about sexual harassment by late Seoul Mayor Park Won-soon. It is unacceptable if her complaints about his alleged sexual offense are dismissed. The real truth about the sexual assault allegation must be laid bare. Though it may seem ironic, it is necessary to protect Park’s legacy of advocating women’s rights throughout his career.

The Korean people’s common sense and legal awareness have matured to the extent that they hate sins but not the sinners. Anyone can make a mistake. What counts most is learning lessons from it. If Park had more accomplishments than mistakes, they will be remembered and recognized as they were. 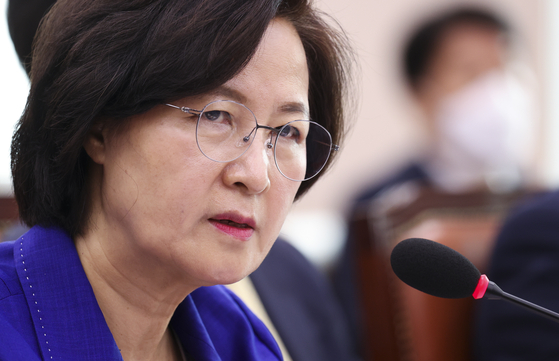 Justice Minister Choo Mi-ae answers questions from members of the Legislation and Judiciary Committee at the National Assembly in June. [LIM HYUN-DONG]

Some supporters of Park are arguing in cyberspace communities that they must find out who filed the criminal compliant to “wrongfully accuse” Park to restore his honor. While the people are making violent attempts to identify Park’s secretary who filed the complaint, Choo remains silent. What is she thinking? When she was dealing with her own matters, she acted furiously by criticizing Yoon for not respecting her orders. Recently, she even warned Yoon to “stop touching my son” to complain about media reports about her son’s personal information after suspicions were raised over his alleged special treatment during mandatory military service.

Seo Hye-jin, a lawyer who represented the rape victim of former South Chungcheong Gov. Ahn Hee-jung, expressed concern that Park’s alleged victim would have to live in trauma.

“She made the complaint, despite the damages and disadvantages she would face from the offender who has absolute power in the office, but the mayor committed suicide the next day,” Seo said. “She, then, will have to face responsibility for his suicide. She will spend the rest of her life in double trauma. In this case, a suicide is another form of offence.”

Seo stressed that revealing the complete truth behind Park’s alleged sexual assaults will be the first step to cure her trauma.

Instead of laying bare the truth, the case will be buried in the dark. According to the prosecution’s regulations, a case is dismissed when a suspect dies, because the prosecutors have no one to indict. Until now, we have mechanically interpreted the law to say that “There is no reason to investigate as there is no one to punish.”

How about making a change from now on that an investigation can take place even though there is no suspect to punish? We should investigate a crime, though we may not punish the offender. If we do so, we can save the victim from the darkness.

It is my hope that the justice minister issues an order to the prosecution to more creatively interpret the regulations governing indictment.

Minister Choo has the right to make the interpretation. If she attempts to make a creative interpretation, it will serve President Moon Jae-in’s pledge to “create a country that you have never experienced before.” The late Mayor Park won’t oppose this for the sake of protecting the weak in our society.

There might be some people who worry about disgracing Park, but they are overreacting. The Korean people have matured enough to praise Mayor Park’s accomplishment separately from criticizing his wrongdoings.

Advancement of an era produces progressive interpretation of laws and regulations. For example, there is a clause in the Constitution that a president does not face a criminal indictment during his or her term.

Choo has revealed her amazing lack of capability when she is confronting Prosecutor General Yoon. She must show her true capability about the alleged sexual misconduct of late Mayor Park.