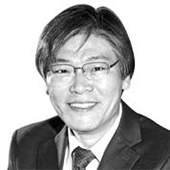 
Chang Chun-ha (1918-1975) escaped the Japanese Imperial Army in order to serve the Korean Liberation Army in China, but he was utterly disappointed by the endless strife and division among independence movement fighters at their headquarters in Chongqing, China. Chang had imagined Koreans were all united in their sublime goal of resisting the Japanese forces. At a welcome gathering at the headquarters, he shouted at the others: “If I had known the reality, I would have never come here. If I can, I’d like to go right back to the Japanese Army and bring their jets and bomb this place.” He stopped wailing after Kim Gu and other leaders of the independence movement painstakingly persuaded him to calm down.

That episode was introduced in “How an Individual Reason Can Change the State,” the final book by historian Kim Yong-woon (1927-2020), who died in May at the age of 93. Kim — a renowned mathematician, historian, philosopher and linguist who developed a unique philosophical theory of history — defined Koreans’ fundamentalism, factiousness and impulsiveness as part of their underlying collective consciousness. The Japanese saying which states that “One Korean can defeat three Japanese, but 10 Koreans cannot beat three Japanese” is not entirely wrong.

Political factionalism continues even after the Joseon Dynasty (1392-1910) ended over a century ago after a rigorous ideological battle between old Confucians and Neo-Confucians. Japanese colonial rule broke the Korean people into two groups: those supporting and resisting the Japanese. After liberation and the Korean War, the country and its people became further polarized. Kim noted that the factionalism of feudal days recurred in different ideologies — pro-or-against Japan as well as democracy versus communism. Today, Koreans team up as conservatives or liberals. The black-or-white list goes on: You’re either for or against North Korea, the United States, Japan and China.

The sudden death of three-term Seoul Mayor Park Won-soon caused another dichotomy in society. People clashed over the city government’s plan to hold a five-day funeral. Some found it a fair send-off for the longest-serving city administrator and civic activist who did a lot especially for underprivileged communities. But others protested the expansive public mourning for someone who committed suicide after his former secretary accused him of sexual harassment.

The woman’s claim cannot go through legal proceedings now that Park is dead. The truth may have to be buried with the mayor. On her side, the victim may have to live with multiple traumas — having lost the chance of any legal compensation or reaching closure as well as having any lingering regrets that she may played a role in pushing Park to take his own life. The banners held up by the ruling Democratic Party (DP) most likely pained the victim.

No one can be perfect. Every life has both merits and flaws. It is beyond the human realm to make a judgment. Park’s achievements should be appreciated and his shortcomings also recognized as they were. It is wasteful — and pitiful — to wrangle over whether five or three days are more appropriate to mourn the death of Park.

Similar disputes brewed over the death of Korean War hero Paik Sun-yup, who died a day after Park. Paik’s role in the Korean War and his role in Japanese Imperial Army should be recognized as they were. His achievements should not be outweighed by his faults unfairly — or vice versa. Since Paik was an undeniable war hero, his funeral should have been administered by the government and his body should have been buried in the National Cemetery in Seoul instead of in Daejeon. But the progressive front opposed making space in the Seoul National Cemetery for someone who had helped Imperial Japan. If political power defines historical justice, the meaning of justice could change every time a new ruling power comes in. Will Paik’s grave be relocated each time?

The late scholar Kim advised that history should not be judged by today’s beliefs or yardsticks. He argued history must be read and interpreted based on the political, diplomatic, ideological and cultural context of the times. If historical revisionism recurs whenever political power changes hands, politics of factionalism will go on forever.

“Since there is no unique philosophy in the governing power, the only political slogan a new power comes up with is ‘rooting out past wrongdoings or resorting to anti-Japan rhetoric.’ Social division will only deepen. If the state pays more attention to the past than the future, it is like someone turning into a mummy himself while on a search for mummies. By engrossing itself with past wrongdoings, the power can commit wrongs and later become subject to purges as well,” said Kim as if directly addressing the Blue House and DP, whose unilateral and overbearing ways have become amplified after the ruling party won a super majority in the legislature.