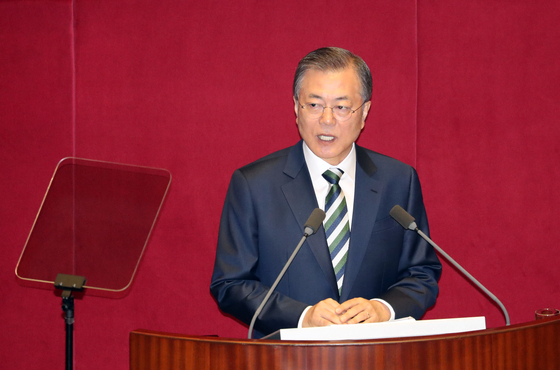 
President Moon Jae-in will give a speech during the 21st National Assembly's inauguration ceremony Thursday, according to the Blue House.

Presidential spokesman Kang Min-seok said Wednesday that Moon will attend the event, scheduled to take place at 2 p.m. on Thursday.

Kang said Moon was originally scheduled to make a site visit on Thursday to promote his “Korean New Deal” program, but postponed the plan because he sees a higher priority in seeking the legislature’s cooperation.

“Moon originally planned to unveil the New Deal project before lawmakers around June 29 and then explain the details to the people at a later date, but the order was reversed due to various circumstances,” Kang said.

Moon will visit the legislature with a heavy heart, Kang added.

“The opening ceremony is taking place 48 days after the lawmakers started their term,” he said. “Media are reporting that it is the most overdue opening of the National Assembly since 1987.”

Following weeks of political stalemate, the ruling Democratic Party (DP) and the main opposition United Future Party (UFP) struck a deal on Tuesday to formally start the 21st National Assembly. The UFP had staged a three-week boycott to protest the DP’s way of running the legislature, but ended the walkout last week. 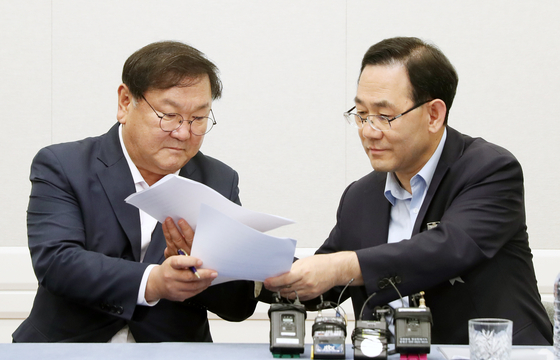 
According to the agreement, leaders of the DP and the UFP will each give speeches on July 20 and 21. The lawmakers will hold hearings with government officials on July 22, 23 and 24.

The legislature will hold voting sessions on July 30 and Aug. 4. Some contentious bills, including the DP’s proposals to tighten regulations on the real estate market, will be voted on.

The DP controls 176 seats in the 300-member legislature, while the UFP controls 103. The DP’s majority is sufficient to open a voting session alone and pass almost any bill except for constitutional amendments.

The lawmakers of the 21st National Assembly, elected on April 15, started their four-year terms on May 30, but most parliamentary proceedings were delayed due to the political deadlock between the two major parties. After the DP declared that it will chair all 18 standing committees, the UFP walked out of the legislature in protest.

After boycotting the legislative body for several weeks, UFP lawmakers said they decided last week to return to the National Assembly to put up a fight.