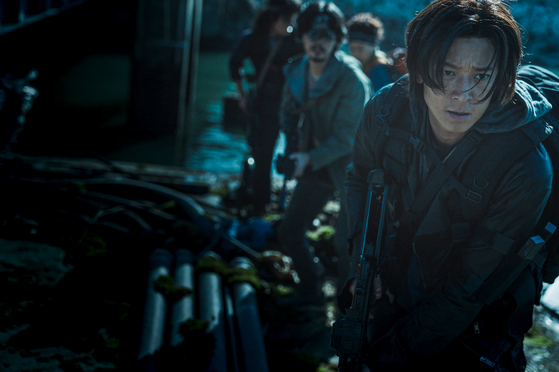 
Post-apocalypse film “Peninsula” succeeded in pulling moviegoers back into local cinemas by selling 960,000 tickets at the weekend box office.

According to data released by the Korean Film Council, “Peninsula” sold 959,721 tickets at 2,575 screenings over the weekend, securing the number one spot in the weekend box office sales.

As the anticipated follow-up of “Train to Busan” (2016), the film describes what happened to Korea four years after the zombie outbreak. Director Yeon Sang-ho took the helm in the follow-up and veteran actors Gang Dong-won, Lee Jung-hyun and Kwon Hae-hyo took the lead.

The film also took the number one spot at the weekend box office in Thailand, Singapore and Malaysia.

The second and third spot was occupied by another zombie film “#Alive” starring Park Shin-hye and Yoo Ah-in and Hollywood film “Bombshell,” which each gathered 18,049 and 16,009 people in 491 and 431 screens.