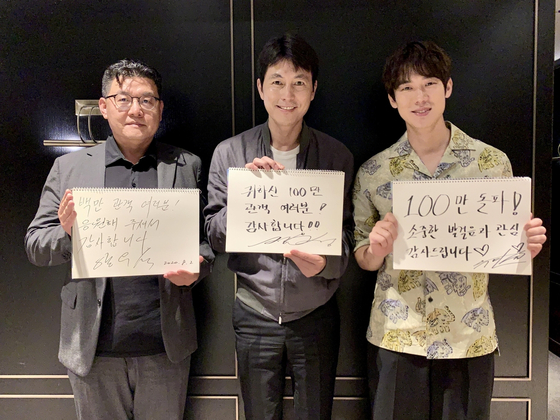 
“Steel Rain 2: Summit” shot to number one in the weekend box office, selling more than 500,000 tickets at 2,132 screens and surpassing 1 million in ticket sales on its first week.

During a summit between the United States, South Korea and North Korea, the three leaders are kidnapped due to a coup in the North and put on a nuclear submarine that has the potential to start another world war.

Director Yang Woo-seok took the helm of the film and actors Jung Woo-sung, Yoo Yeon-seok and Kwak Do-won took on the lead roles.