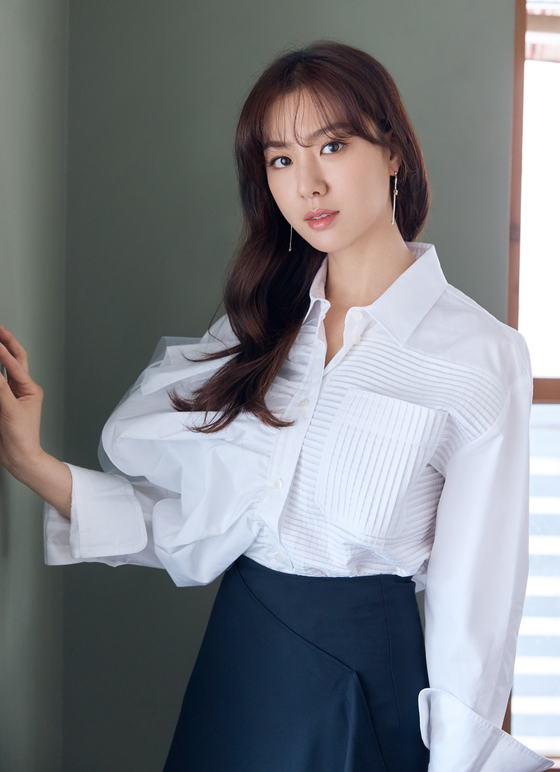 
Actor Seo Ji-hye had a seriously productive first half of the year, successively featuring in two drama series — the hit tvN series “Crash Landing on You” and the MBC series “Dinner Mate.”

In “Crash Landing on You,” Seo portrays the rich fiancée of Jeong Hyeok (played by Hyun Bin) in North Korea who falls in love with a runaway entrepreneur Koo Seung-jun (played by Kim Jung-hyun).

In “Dinner Mate,” she portrays Do-hee, someone who doesn’t believe in love anymore and instead opts to find a dinner companion to talk to on a random chatroom. But she rediscovers the feeling of love through Hae-kyung (played by Song Seung-heon).

In particular, her depiction of Seo Dan in “Crash” and her character's heartbreaking romance with Koo earned more praise from viewers than did the main couple played by star actors Son Ye-jin and Hyun Bin.

After filming “Crash Landing on You” for over six months, it would seem normal to take a break, but Seo couldn't pass up the opportunity to portray Do-hee in "Dinner Mate," a character worlds apart from Seo Dan.

Her contrasting characters in the two series allowed her to show viewers exactly what she could do and was a testament to her 18 years of acting experience.

“It’s a relief that it's all over with,” the actor admitted in an interview with Ilgan Sports, an affiliate of the Korea JoongAng Daily. “I began filming for ‘Dinner Mate’ right after ‘Crash’ ended, so it has been a long year for me. It was physically exhausting to feature in two series in a row. But I feel like I had the most fruitful year.”


Have you noticed an increase in your popularity after “Crash Landing on You”?
Due to our current pandemic situation, I felt a lot of it online. The comments and messages sent to my personal social media account are written in English and other languages. That’s when I realized how popular the series was. There were lots of fun posts too. I saw [on Instagram] that a lot of female [fans] style themselves similarly to Seo Dan. It’s fun and interesting, and I like it.


Why did you decide to appear in “Dinner Mate”?
Someone suggested I look into the role near the end of ‘Crash.’ I looked at the script when I was a little distracted and was hesitant at first because the tone [of acting] was different than what I used to do. I was doubtful about whether or not I could do it right. I was half-worried, half-excited [for the role]. Until then, I used to play chic characters, but Do-hee was someone whose energy was never ending. So it was very awkward at first. I kept asking the director ‘Is this right?’ Is it okay?’ As I adjusted to Do-hee, I became even more energetic. It was fun.


Despite your worries, your performance didn’t feel awkward at all.
I think Do-hee is closer to what I’m really like [more so than Seo Dan], but Seo Dan also has some sides that I have too. When I told my friends about Do-hee, they said that they were relieved to not have to see anymore of the sorrowful acting I had to portray in "Crash" that made them cringe. I told them I’m finally going to show off my hidden craziness that I’ve kept stored up inside me. I like both characters but I think I became a little more cheerful after portraying someone who is super bright. 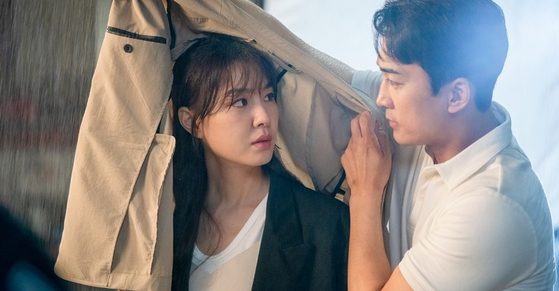 Actor Seo Ji-hye featured as Do-hee in the MBC drama series "Dinner Mate." Bright and spirited, Do-hee is a role that Seo rarely portrayed in her 18 years of acting, which was the main reason that she was drawn to it. [MBC]

You also changed your hairstyle for the role.
Before, I usually didn’t have bangs while I was acting. For this series, I wanted to give off a different aura and wanted to look more approachable, so I boldly cut my bangs. First, like Do-hee, it was unsettling. It took awhile to get used to, but I’m satisfied. To be honest, [for my next role] I want to try cutting my hair really short. I don’t have any problem with cutting my hair.


How was it working with Song Seung-heon [who portrayed your love interest in "Dinner Mate"]?
I first thought he would be quiet and polite. But he’s really playful and jokes around a lot. He has a bright aura. He’s really charismatic and makes people feel comfortable.


Did you have any worries about changing your image?
I did want to show a new side of myself. [As I’ve said before], a lot of my roles gave off a similar tone, and that’s when ‘Dinner Mate’ was handed to me. Whenever I select a role, I usually base my decision off of whether or not I can show a different part of myself that I haven’t engaged with before.


Kim Jung-hyun had a cameo in 'Dinner Mate,' Can you tell us more about working with him again?
Due to how our character’s relationship ended in ‘Crash,’ I somehow wanted to patch things up so I asked him to feature in ‘Dinner Mate.’ I was sad because in ‘Crash’ our characters really didn’t get to date. He almost immediately obliged. The backstory for 'Dinner Mate' was that he and I were a couple for around three years, and I was already so comfortable around him to the point that I thought it would have been awkward to have anyone else play the role.


What do you think about the notion of having a “Dinner Mate”?
I think this idea surfaced because everyone became so busy and people started to eat and drink alone. I have also experienced that. But you miss having someone to eat with. I don’t think it’s such a bad idea to have a mate or a group of mates whose perspectives and appetites match yours when dining out.


How do you usually resolve your loneliness?
When I was younger, I used to think that I have to pull myself out of that depth of loneliness and I would call up my friends. But now, I actually enjoy being by myself. I used to [be afraid] of watching a movie alone or shopping alone, but once I let go of that fear and did it, it felt so good. I can concentrate more on myself and through that, get to know me better. After I started to enjoy being myself, I found myself sometimes even missing that alone time [when I’m with other people].


Does it feel like it’s been 18 years since your debut?
More than 80 percent of the crew that I work with are younger than me. When younger staff refer to me as ‘ma,am’ I suddenly feel the age gap. I still think that I’m carefree. I want to live without formalities. I think of the staff as companions and co-workers who are creating this work together instead of those who are under me. I don’t really feel the generation gap. But when they’re suddenly very polite to me I do feel it.


Did you ever have a slump in your career?
In my mid to late 20s, I had a hard time. I was confused whether or not this career was right for me and if was going in the right direction. But when I thought of acting as something that I was committed and loved rather than just trying to become popular, it felt right again. [From that point on] my course changed to improving my performance.


How did you reach that turning point?
I think the pressure came from entering this business without knowing anything about it. I wanted to take a break, and I rested for a year. I went to school and spent time just living an ordinary life. That time was really important to me. I think I would have quit acting if I didn’t rest then. I think I just needed some time. I just spent time with my friends and concentrated on my school performance.


What do you think is the driving force behind your endurance in the business?
I have good stamina. I’m the type of person who gets more energy as I move around and act on the set. That’s the motor behind my career. If I just rest at home, I get all fidgety. Acting is what vitalizes me.


Are there any other genres that you want to try out?
I want to try action films or the kind of dark characters who might belong in the underworld. There are so many other kinds of roles that I want to take on. I think I managed to show different sides of myself through ‘Dinner Mate,’ so I’m satisfied with that. It’s a line of work that got rid of my fear [of portraying a different image]. If I’m to evaluate my performance, I’d like to give it a high score, like 90 out of 100.