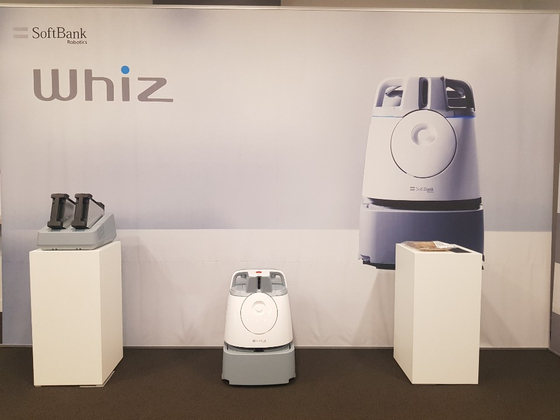 
SoftBank Robotics is offering its first product in the country since opening an office in Korea in late 2019: the Whiz vacuum cleaner.

The autonomous sweeper for industrial use, which will be made available on Wednesday, was first introduced in Japan early last year and has been rolled out in a number of markets since then, including Hong Kong, Macau, Singapore and the United States.


He declined to reveal the price, though in other markets it has been leased for $499 a month.


Asked whether it intends to sell these products in Korea, Kim said that “nothing has been decided.”


Equipped with multiple collision detectors and its Brain OS, the 3-foot-tall vacuum is designed to autonomously move along a cleaning path and avoid obstacles and humans.


Whiz can record up to 600 cleaning routes and sweep an area up to 1,500 square meters (16,145 square feet) for three hours on a four-hour battery charge, according to SoftBank Robotics.


While the company declined to comment on which establishments have expressed interest in using the cleaning machine, it said that the Whiz gained positive feedback during proof-of-concept trials in 67 hotels and offices.


For the domestic trial, Paradise City Hotel in Incheon and Samkoo, an outsourcing company, are among the participants.


In light of the coronavirus pandemic, the Whiz is sold in Japan with a disinfection solution, but Kim said that it has yet to be decided where the Korean unit will offer the feature.


Whiz claims a solid market share in the intelligent industrial cleaning robot sector, a nascent area in the early stage of growth.


SoftBank Robotics said that more than 10,000 Whiz cleaners have been sold globally as of the end of June 2020.


The company operates in Japan, the United States, China, Singapore, Australia, Singapore and Europe. Its parent has made a series of bad bets in recent years directly and through its Vision Fund, including Wag, WeWork and OneWeb.