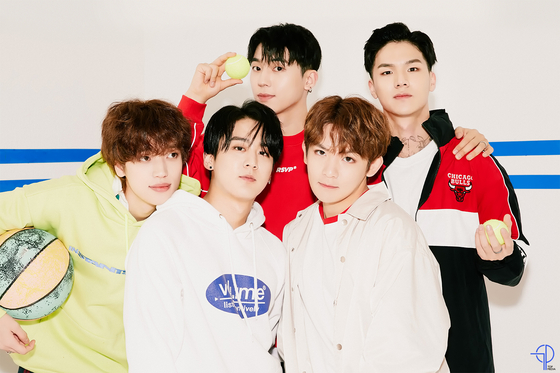 
Boy band Teen Top will stage a special performance on cable channel Mnet's music program "M Countdown" on Thursday as a part of a celebration of its 10th anniversary, its agency TOP Media said on Wednesday.

Teen Top made its debut on July 10, 2010, with members whose average age was 16 years old — the youngest for any boy band at the time.

The band is celebrating its meaningful anniversary this year with a variety of new content for fans, including an album titled "To You 2020" and a remake of its popular choreography practice video for "To You" (2012).

"To You" is one of the band's biggest hits, which was applauded for its synchronized choreography.

The band released a video titled "Teen Top 10 Live" on Tuesday through YouTube, where the members carried out various missions while singing 10 of their best songs. They will reveal a second episode on Aug. 2, 11 a.m.