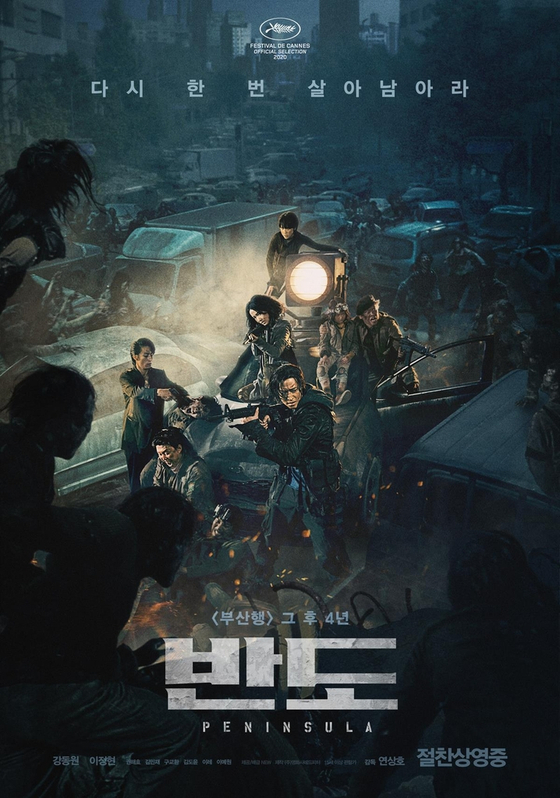 Poster for "Peninsula." [NEXT ENTERTAINMENT WORLD]


Director Yeon Sang-ho’s “Peninsula” surpassed 3 million ticket sales as of Tuesday evening, according to data from the Korean Film Council.

This is only the second local film to gather over 3 million ticket sales this year since “The Man Standing Next” in January.

Due to the profits made from selling the film’s distribution rights overseas, the film swiftly surpassed its break-even point and is charting number one in the foreign box offices of Taiwan, Singapore, Malaysia, Vietnam, Thailand and Mongolia among others.

Director Yeon Sang-ho and the rest of the cast — Gang Dong-won, Lee Jung-hyun, Lee Re, Kim Min-jae and Kim Do-yoon — will be touring multiplex theater chains this weekend to thank the audiences.

Director Yang Woo-seok is hoping his film “Steel Rain 2: Summit,” which premiered on Wednesday with a reservation rate of 59.7 percent, will continue to lure moviegoers to local theaters.