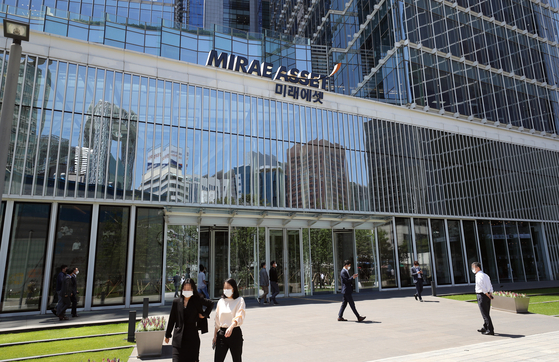 
Mirae Asset Daewoo on July 30 said it is buying back shares worth 113.4 billion won ($94.8 million) in an effort to raise shareholder value.

This is the third time this year the brokerage house is repurchasing its own shares. It said it would complete the latest repurchase by Oct. 30.

The latest repurchase involves 15 million shares, which takes the total to 44 million in the recent rounds, or 8.3 percent of Mirae Asset Daewoo shares in the market.

“Considering that the company’s stock price is undervalued despite its balanced profit model and financial stability, the latest repurchase decision was made reflecting the management’s strong determination to raise shareholder value,” Jun Kyong-nam, head of the company’s business innovation division, said in a release.

“The company will further roll out measures to protect shareholder rights."