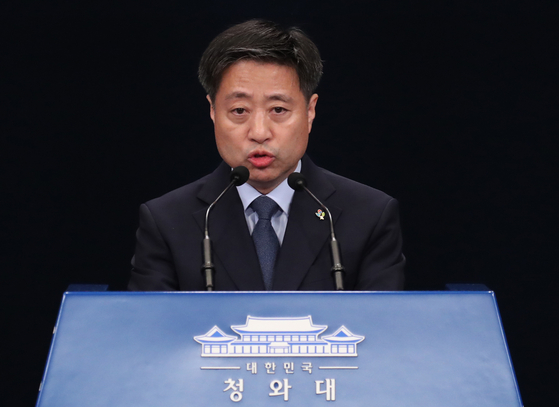 According to Senior Presidential Secretary for Public Affairs Yoon Do-han, eight presidential aides owned multiple properties as of Friday, which was supposed to be the deadline for Blue House officials to sell any second homes.

Presidential aides' properties have become an embarrassment to the administration, which is trying to crack down on real estate speculation and profiteering to cool prices.

Since December, Presidential Chief of Staff Noh Young-min stressed the importance of Blue House officials setting an example of the government’s sincerity in its real estate policy. In his latest warning on July 2, Noh gave officials until the end of July to sell all properties except for one.

“As of now, eight senior secretaries and secretaries own multiple homes,” Yoon said Friday. “All of them promised to sell any second homes, and they are currently working on it.”

“They are trying to sell their properties, but deals are yet to be closed,” the official said. “They were ordered to submit copies of contracts no later than next month.”

The Blue House has taken heat as its top officials continue to hold onto lucrative real estate, despite Moon’s policy to impose tax penalties and loan restrictions on multiple homeowners to tame the market.

Moon replaced some secretaries on the presidential team last week in an apparent response to public disgust. Three of the four secretaries replaced on July 24 were owners of multiple properties.