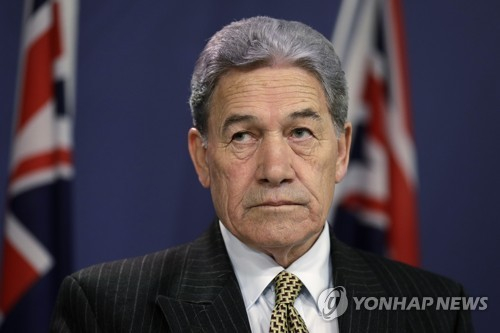 
New Zealand Foreign Minister Winston Peters on Saturday urged a Korean diplomat accused of sexually harassing a local official in Wellington to return to the country to assist with the investigation.

"We've taken it to the very highest level between the Foreign Affairs Department and their Foreign Affairs Department, all the way," Peters told New Zealand media outlet Newshub Nation on Saturday. “Now remember this — the crime which he is alleged to have committed is a crime in our country — it's not a crime in Korea. But when in Rome, you do what the Romans do. He did it in New Zealand, that's the allegation.”

A senior Korean diplomat, who was at the time assigned to the Korean Embassy in Wellington, was accused of groping a local male staffer in late 2017. The diplomat's name has been withheld in Korea.

The diplomat left his post in Wellington in February 2018 after being summoned by the Korean Ministry of Foreign Affairs. He denied the allegations in an internal investigation by the ministry. The ministry took disciplinary action against him, and he received a one-month pay cut. The diplomat is now serving as a consul general in another foreign country.

President Moon during the call responded by saying that the related authorities will handle the matter “after confirming facts," according to a senior Blue House official earlier in the week. 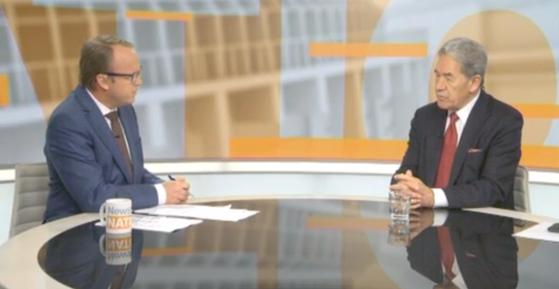 
Peters said that if the Korean diplomat thinks he is innocent, he should “come back and submit himself to our judicial procedures himself.”

While Peters said he hopes the “controversy it has created in Korea in terms of its national integrity” will lead to a positive outcome in having the Korean diplomat be questioned in New Zealand, he said that due to the diplomatic immunity policy, the ball is in the Korean government's court.

"It's over to the Korean government, and for them to allow him to waive the diplomatic immunity and return him to this country,” Peters said. “I don't think we can do any more than wait upon them to give us a response.”

There have been cases of sexual harassment by Korean diplomats during their service abroad, including the case of a 50-year-old former Korean diplomat surnamed Park, who sexually assaulted a Chilean minor during his service at the Korean Embassy in Chile in 2016. Park, a councilor at the time, was removed from his post by the Foreign Ministry and underwent investigations in Korea. He was sentenced to three years by the Gwangju District Court in 2017.

It is also not the first time that a foreign diplomat has sexually harassed a New Zealand citizen. In May 2014, former military attache of Malaysia, Muhammad Rizalman bin Ismail, was accused of exposing himself to a New Zealand woman in Wellington.