Day care centers in Seoul area to reopen this month

Day care centers in Seoul area to reopen this month

Day care centers across the Seoul metropolitan area will officially be permitted to reopen on Aug. 18 for the first time since the pandemic erupted, authorities announced Monday.

Officials in Seoul, Incheon and Gyeonggi relayed plans to lift the shutdown orders as domestic coronavirus infections have continued to drop, reaching a nearly three-month low on Sunday. But they stressed that each district will still be allowed to close the facilities again if cases ever bump back up in their areas. 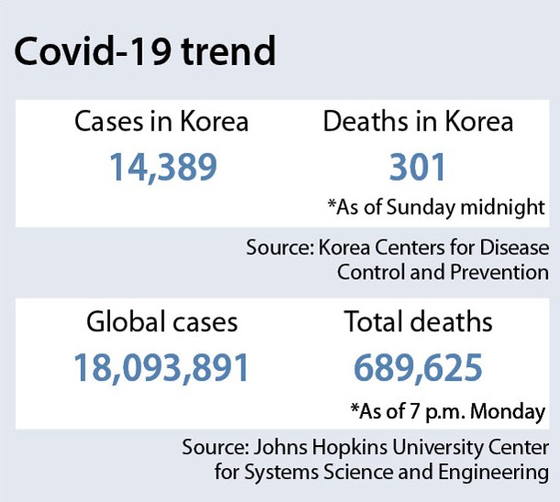 While kindergarten through high school students in Korea have returned to schools in gradual phases since late May, toddlers in the Seoul metropolitan area have been required to stay home with their parents since February. Families in those three regions who couldn’t afford to stay with their kids at home, however, were allowed to send them to day cares through the so-called emergency child care program, which before the pandemic was normally used by households in which both parents work.

The number of people enrolled in the emergency child care program began to surge in recent months, as local transmissions of the coronavirus have declined. Officials in Seoul, Incheon and Gyeonggi said Monday they determined it was finally time to officially reopen day care centers.

The Seoul Metropolitan Government said Monday in a statement that while day care centers will be allowed to reopen later this month, they are not allowed to accept toddlers with fevers, and day cares will be told to refrain from holding activities requiring physical interaction or going outside. All equipment and books will have to be disinfected every day, and sharing those objects with other day care centers will be strictly banned.

Some 675 people will be hired to help with disinfection, Seoul said.

The Korea Centers for Disease Control and Prevention (KCDC) relayed Monday morning that 23 new Covid-19 patients were counted Sunday nationwide, 20 of which were imported cases.

Of the three people who were infected after local exposures to the virus, two live in Seoul and one in Gyeonggi.

Of the imported cases, four each were infected in Bangladesh and Russia; two each in the Philippines, Japan, Kazakhstan, the United States, Mexico and Algeria; and one each in India and Iraq, the KCDC said.

Nobody with the virus died Sunday, leaving the total death toll at 301. Twenty-one people recovered, bringing the entire number of recovered patients to 13,280.

In all, Korea has counted 14,389 coronavirus patients as of Sunday at midnight.

The cluster tied to the Hollys Coffee shop near Seolleung Station in Gangnam District, southern Seoul, has grown to 10 cases as of Monday noon, one more than the previous day, as contact tracing continues.