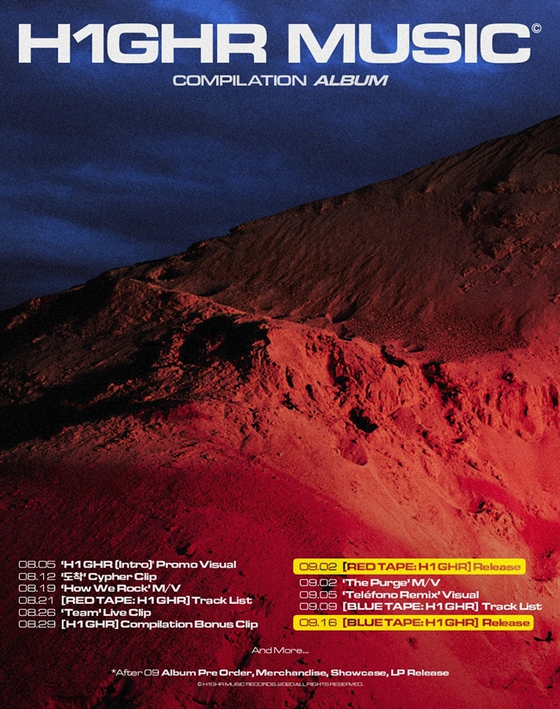 All artists signed with H1GHR Music came together to provide a variety of sound for hip-hop fans.

Singer and rapper Jay Park, Sik-K and pH-1 are just some of the artists who feature on the album.

The label also disclosed the schedule related to the upcoming album release.

On Aug. 5, it will release a “promo visual” to garner anticipation from fans, while in the following week on Aug. 12, the label will release some cypher videos before dropping the official music video for the song “How We Rock.”

On Sept. 5 it will unveil the music video for “The Purge,” ahead of the drop of the second part of the album.

Yerin signs with a new agency