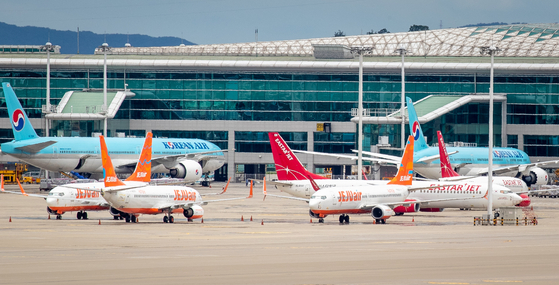 The budget carrier reported 83.15 billion won ($69.96 million) in net loss in the April-June period, down 182.1 percent from the same period last year.

Compared to the previous quarter, net loss decreased by 18 percent.

It reported a total of 184.56 billion won in net loss in the first half of this year.

The loss was expected as travel restrictions due to the coronavirus pandemic continued throughout the second quarter.

Korean Air Lines and Asiana Airlines are expected to report their earnings next week.