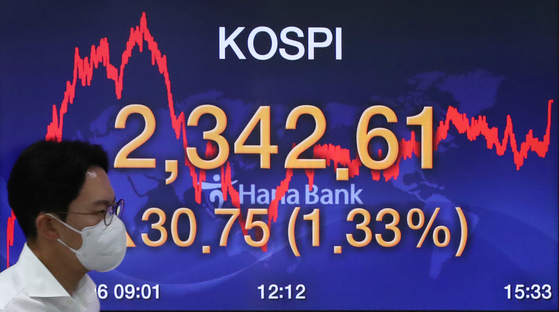 A screen shows the closing figure for the Kospi in a trading room at Hana Bank in Jung District, central Seoul, on Thursday. [NEWS1]


Stocks rallied Thursday, extending a winning streak to a fourth consecutive session thanks to optimism in financial markets and better-than-expected quarterly earnings by leading companies. The won fell against the dollar.

The market continued its bullish run after closing at a nearly two-year high in the previous session.

Investor sentiment remained high despite nationwide downpours and concerns about the coronavirus pandemic.

Most other large caps traded higher.