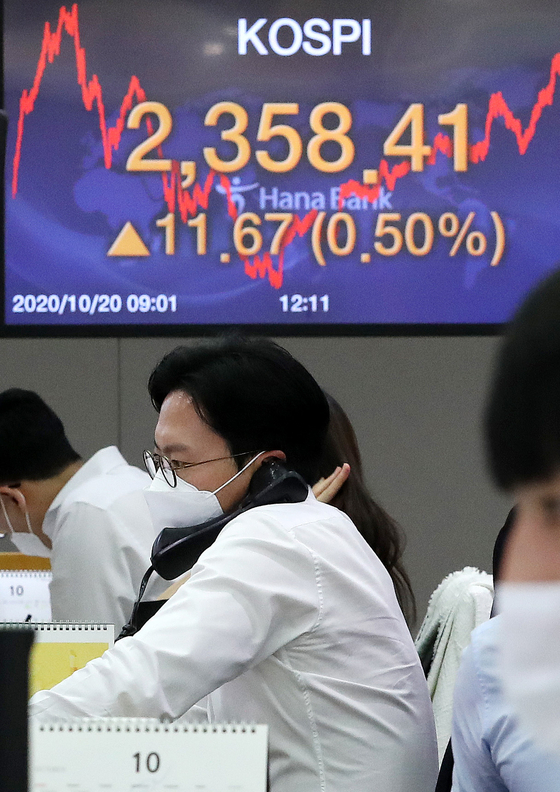 A screen shows the closing figure for the Kospi in a trading room at Hana Bank in Jung District, central Seoul, on Tuesday. [NEWS 1]


Shares rose for a second straight session Tuesday, as investors hold on to hopes for progress in new U.S. stimulus talks. The won rose to an 18-month high against the dollar.

In the morning session, the local stock market was roiled by growing impatience over the fiscal stimulus negotiations ahead of the November presidential election.

But the index turned higher in the afternoon session on reports that U.S. House Speaker Nancy Pelosi and Treasury Secretary Steven Mnuchin "continued to narrow their differences" on the virus relief package.

"Foreigners switched to net buyers, and that seems to have pushed up the Kospi," Hi Investment & Securities analyst Park Sang-hyun said.

Analysts said the Korean currency gained ground as the dollar has weakened against major currencies.

The dollar has been weakening since the U.S. Federal Reserve said in its September rate-setting meeting that it will keep interest rates near zero until inflation is on track to meet its 2 percent target.