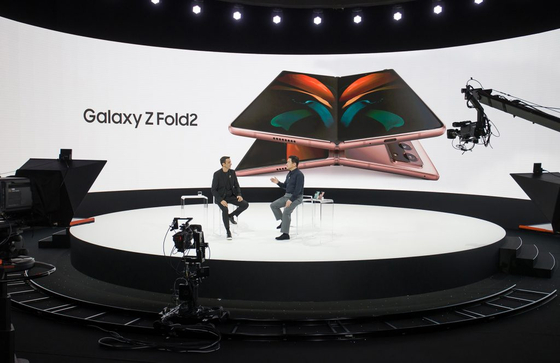 
Samsung Electronics unveiled five new devices at its first-ever Unpacked event held online, including a foldable phone with a larger screen and a Note phablet with an improved stylus.

The Galaxy Note20 and the larger Galaxy Note20 Ultra, both of which can be ordered from today, are powered with a Snapdragon 865 processor.

For its Note phablet series, Samsung is constantly upgrading the stylus. This year, the company went back to basics and focused on speed: an AI function predicts where the pen will move, reducing latency to 9 milliseconds.


The Samsung Note app was also subject to significant upgrades, allowing it to record audio while taking notes.


Extending its partnership with Microsoft, Samsung announced a collaboration with Xbox. During the Unpack session, the company shared a video of an Xbox console that connects to the Note20 phablet. All Note20 owners will have access to Xbox’s cloud gaming service, which offers more than 100 titles. The console will be sold as a separate accessory in the future, the company said.


The Galaxy Z Fold2 was introduced as well, although without all its specs. It folds sideways, like the original Galaxy Fold. It comes with a larger screen of “nearly bezel-less Infinity-O Displays,” meaning the display extends to the edges, and holes for the camera are in the middle of the screen. Further details will be disclosed in early September.