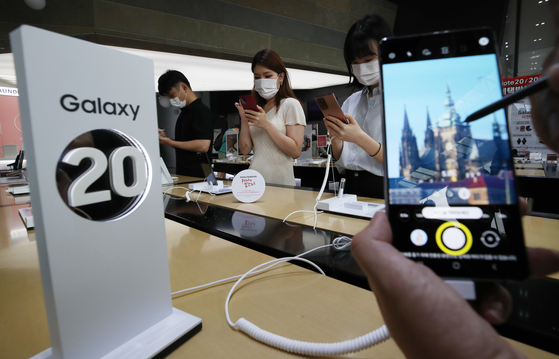 
The company unveiled five new devices at its first-ever Unpacked event held online Wednesday, including the Galaxy Note 20 and the Note 20 Ultra phablet. It also gave a peek at the Galaxy Z Fold 2, the tech giant’s third foldable phone, without saying when it will be available.

Like previous Galaxy Note lineups that offered phablets in two variations, the Note 20 and Note 20 Plus share many core features like Qualcomm’s 865 + processor, an Amoled display and four cameras — one in the front and three in the back. But instead of merely differentiating the two variations by size, Samsung has made greater distinctions between the two models this time.

In size, the 6.9-inch Note 20 Ultra isn’t much bigger than the 6.7-inch Galaxy Note 20. An immediately noticeable difference, however, is the grip: The Note 20 Ultra’s display extends to a curved edge on the vertical sides and is finished with glass on the rear. The Note 20, on the other hand, has flat edges and a polycarbonate back, an unconventional choice for a top-of-the-line model.

A distinction has also been made with the phablets' styluses, the most representative feature of the Note series. This year, the company went back to basics, improving the stylus’s recognition speed. Artificial intelligence technology is used to reduce latency by predicting the trajectory of the stylus. For the Note 20 Ultra, latency for the pen was improved by 80 percent from the preceding Note model to 9 milliseconds, while the Note 20’s latency is 26 milliseconds.

As Roh Tae-mun, Samsung Electronics president and head of mobile business, put it at the virtual Galaxy Unpacked event Wednesday, the Note 10 is intended to be a premium handset strong in basics, while the Note 10 Ultra is designed for customers who want the ultimate user experience.

Held online for the first time year, the Galaxy Unpacked was aired live from Seoul Wednesday night. Another anticipated release were the Galaxy Buds Live. Confirming prior leaks, the bean-shaped ear buds do not have in-ear plugs and are Samsung’s first to come with a noise canceling function. They were officially launched for sale on Aug. 6.

The model that got the biggest response from Samsung fans, however, was the Galaxy Z Fold 2, the third attempt at a foldable phone. The device looks similar to the first Galaxy Fold released last year but is expected to come with significantly larger displays on the front and inside the fold. 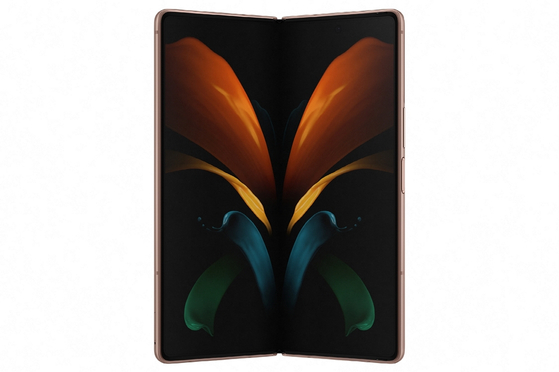 
The front screen is a 6.2-inch display, extended from the first version’s 4.6-inch display, which makes it look like a smartphone before it's even opened up. The material used on the inside screen was changed from a plastic film to a kind of glass, with enhanced durability. Further specifications and the release schedule will be disclosed on Sept. 1.

After a difficult January to June period due to the Covid-19 pandemic, analysts predict that Samsung’s mobile business will improve later in the year but doubt that it will be better than 2019.

“With demand uncertainty higher due to Covid-19, we’ve seen mid-priced smartphones take away more sales. The Galaxy Z Fold 2 also seems likely to eat up demand that existed for the Note series, not to mention the first 5G iPhone will be released soon,” Ko said in a Thursday report.

However, local analysts were positive about the company’s improving technology in foldable devices.

“The latest Galaxy Unpacked [event] reconfirmed Samsung Electronics’ technologic stance in foldable phones. Now with experience earned from the first foldable device, it seems safe to say that the company managed to widen the gap with competitors like Huawei and Motorola,” said Analyst Noh Kyoung-tak of Eugene Investment.