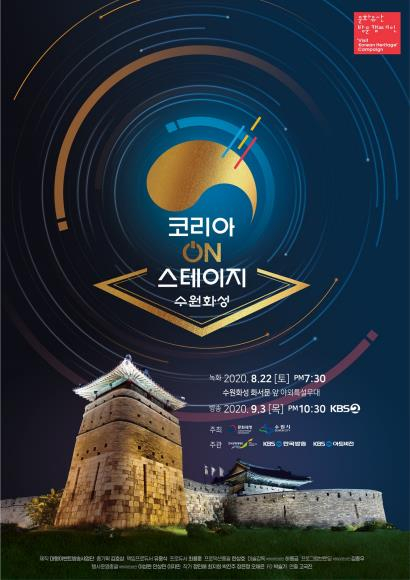 The concert dubbed "Korea on Stage - Suwon Hwaseong," is hosted by the Cultural Heritage Administration and Suwon City and organized by the Korea Foundation for Cultural Heritage KBS TV network in hopes to introduce Korea’s world heritage through various performances to the world.

Along with music performances, there will also be a special video introducing the history behind Hwaseong Fortress.

"Korea on Stage" will be held at an outdoor stage in front of Hwaseomun Gate in Hwaseong Fortress on Aug. 22 at 7:30 p.m. The recording will then be broadcast on KBS2 on Sept. 3 at 10:30 p.m. and will also be sent to about 120 countries through the KBS World channel.