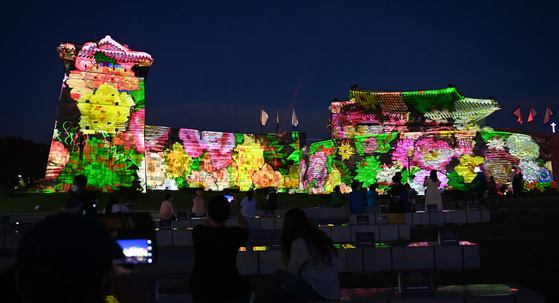 The Suwon Hwaseong fortress, which was designated a Unesco World Heritage site in 1997, gets lit up every evening after sundown for Suwon City's World Heritage Festival, which kicked off on Friday. About 220 meters (721.7 feet) of the fortress will be used as a facade for the ″Media Facade and Light Show,″ which will run until Oct. 24. [SUWON CULTURAL FOUNDATION]