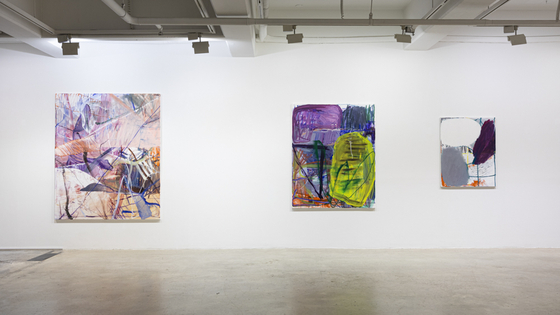 
DAEGU — Leeahn Gallery Daegu presents “Hangover Boogie,” a group exhibition of three young abstract artists who are pioneering their own paths with their unique styles.

Ina Gerken, Megan Rooney and Chris Succo were chosen from a list of 10 contemporary abstract artists who have been recognized as part of a new generation of leading artists in Europe. The recommendations were provided by Gregor Jansen, the director of Kunsthalle Düsseldorf, who also provided the exhibition's name. He was inspired by the rhythm and dynamics of the three artists’ work, which he compared to the groove of boogie music.

According to Jansen, the inception of abstract art has long been attributed to three men — Wassily Kandinsky, Piet Mondrian and Kazimir Malevich — who are said to have developed the style during the early 20th century. But it was actually three women — Georgiana Houghton (1814-1884) in England, Hilma af Klint (1862- 1944) in Sweden and Emma Kunz (1892-1963) in Switzerland — who each developed their own abstract visual language in different places.

“What they have in common is the desire to make the laws of nature, the spiritual and the supernatural visible,” Jansen wrote in his introduction to the exhibition. “Abstraction has always shaped the essence of art, since it is always about a degree of change, translation and transformation of one state into another. This was already the case thousands of years ago and still is today.”

The three artists at “Hangover Boogie” take the idea of abstraction and give it a contemporary twist, focusing in on particular ideas of the digital realm. 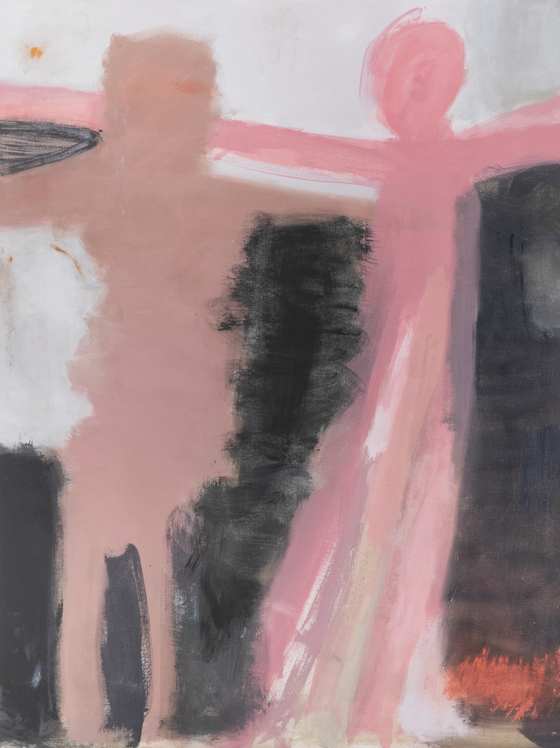 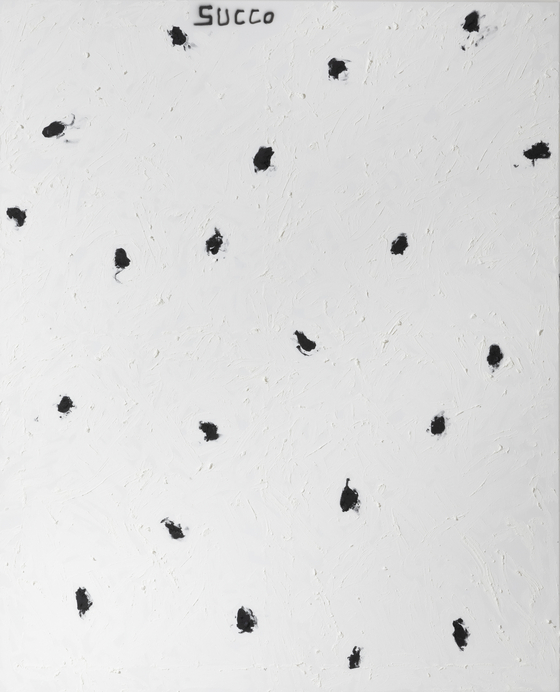 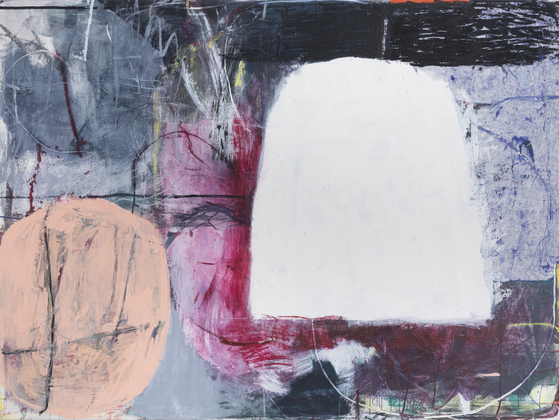 
Rooney’s paintings, which position themselves somewhere between figure paintings and abstract art, evoke the way a subject reveals itself on the screen, then flickers out within seconds. The shapelessness of the subjects serves to represent the freedom and liberty that’s realized in the virtual world, and is notably expressed in her works such as “Dodge Ford Toyota Idaho” (2019) and “The Minglers” (2019).

Succo’s works similarly jump between the idea of the figure and the abstract, while also juggling depth and surface through his use of different painting styles, including brushes and palette knives. His pieces, which are all untitled, are patterned not only with color and form, but also achieve three-dimensional depth through the layering of paint.

The most daring of the three is Gerken, who defies the idea of form, dividing the plane with different shapes and lines. Viewers are tempted to ponder what the shapes resemble or mean, but there is only nonconformity, as with "Untitled (Mask Off)" (2019) and "Untitled (We're through)" (2019).

“In the midst of wildly gestural scribbles and stratifications, streaks, balls, structures, patterns, waves, clouds, stripes are formed, whose consistency is almost impossible to describe linguistically, but has an infinite visual conciseness, whose formlessness of colored forms only insufficiently describes the quality of abstract ornamental balls of lines,” explains Jansen.

“Color as the soul of painting, as a paradisiacal state, as the epitome of freedom and immateriality, all these attributions point to one thing above all: Color does not serve for rational world conquest. Color perception is an unconscious access to the world, a dissolution of boundaries, a nonverbal overwhelming. Color in the sense of coloring as a way to freedom, as a gateway from a limited concrete place into the infinity of color space."