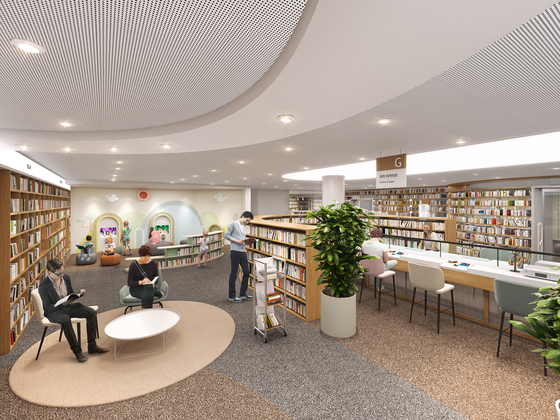 The National Gugak Center opened a new cultural complex called Gonggan E-um in the Gugak Museum in Seocho District, southern Seoul on Monday for visitors to experience traditional music-themed materials and exhibitions, including a space solely dedicated to the performing arts of North Korea.

"The space that connects the library, museum, art gallery and archive in one place will help people search for materials related to Korean traditional music more easily,” Kim said.

The North Korean Music Center in Gonggan E-um will reveal to the public for the first time North Korean music collections that have been compiled and researched by the National Gugak Center for the past 20 years.

More than 15,000 pieces of data collected by the North Korean music archives, including books, newspapers, magazines, pamphlets, videos, photos and music will be sequentially released to the public and researchers. 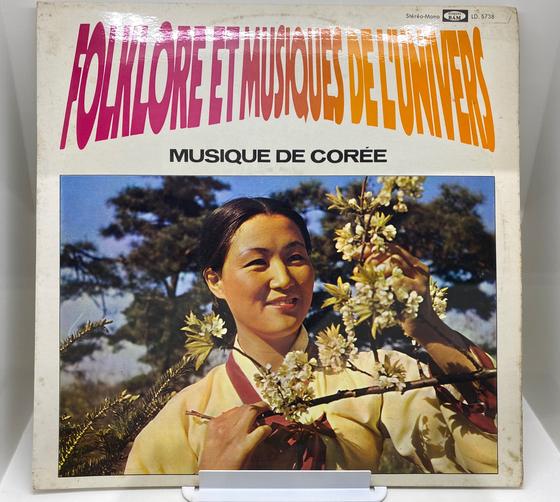 To celebrate the opening of the North Korean Music Center to the public, the center is holding a special exhibition called “From Moran Hill to the Daedong River: Traditional Performing Arts of North Korea,” which introduces North Korean musicians, vocal music, dancing art, operas, instrumental music and music stamps. 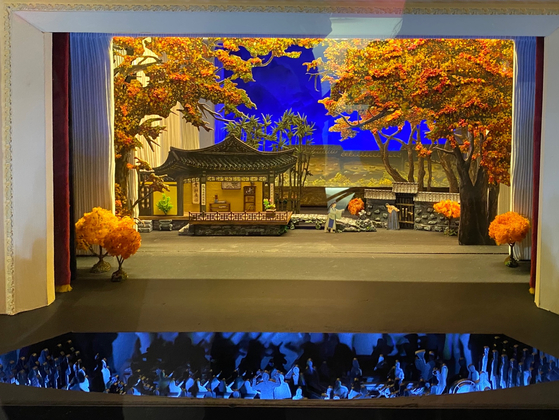 The national opera section introduces "Chunhyangjeon,” a national opera created by the Pyongyang Art Troupe in 1988, which is adapted from the classic novel of the same name. Using the digital interactive wall, visitors can watch the main scenes of each character accompanied by baehapgwanhyeonak, an orchestra in which both national and Western instruments play together.

A miniature model of the stage allows visitors to experiment with the "flowing” stage art that is distinctive to North Korean national opera —which doesn't use curtains or go blackout to change the setting — but instead uses natural transitions of settings in the background. 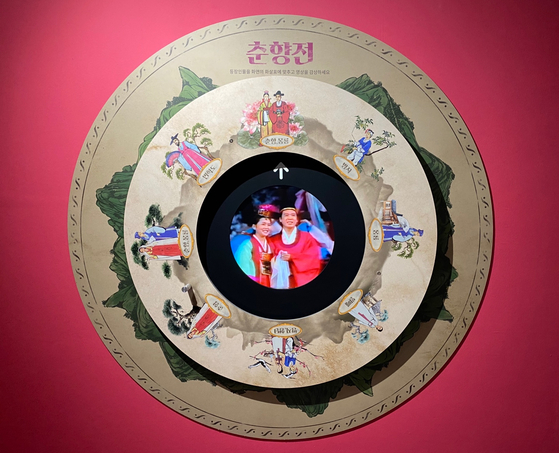 Visitors can watch the main scenes of each character in "Chunhyangjeon" accompanied by baehapgwanhyeonak , an orchestra in which both national and Western instruments play together. [KIM YEON-AH]

“Preserving and recording traditional culture is one of the many responsibilities the nation has to take,” Lim Jae-won, head of the National Gugak Center, said. “We hope the newly opened Gong-gan E-um becomes a space that connects the past records with future creations, the traditional music with the public and North and South Korea.”

Gonggan E-um is closed on weekends. The special exhibition “From Moran Hill to the Daedong River” runs through Dec. 6. and is closed on Mondays. Admission is free.