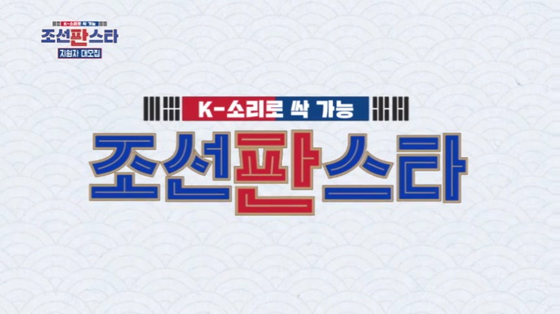 
Cable channel MBN will air a music audition show like never before. It announced the launch of its new program "Joseon Panstar," a competition for gugak, or traditional Korean music, musicians.

MBN announced on Wednesday that it will start accepting applications for the new program that will air this summer, spanning across all genres of gugak.

The name "Panstar" is a combination of the words pansori — a genre of Korean traditional vocal music — and star.

"We want to bring gugak to the public and bring down all barriers," MBN said. "We will create an audition program that will bring all genres of music together with its roots in tradition."

The channel specifically asked that talented people who are ready to "perform all genres of music including rock, ballad and hip-hop with a Korean twist" apply for the show.

There are no limits to age, gender and experience as long as they have "a love for our sound."

The winner will receive 100 million won ($89,700) in prize money along with other benefits. Applications will be accepted until May 21. Details can be found at the official website, www.mbn.co.kr.


The program is scheduled to air in August.