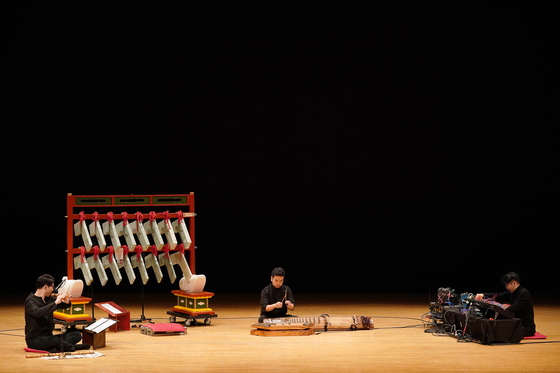 But recently, there’s been a positive change in Korea’s traditional performing arts world. The age group of its musicians and artists has become younger, meaning it now includes those who are not afraid to experiment on stage and fuse different genres with traditional music, sounds and techniques. Thanks to their efforts, which can succeed and also fail, traditional performances in Korea have been attracting a younger audience.


Three new traditional performances that are premiering as part of this year’s “Arko Selection,” organized by the Arts Council Korea, are far from the typical traditional Korean shows in which performers appear on stage adorned in hanbok (traditional Korean dress) and showcase the skills they’ve inherited from their masters.

The first performance that’s premiering at the Grand Theater of the Daehakro Arts Theater in central Seoul for two days from Jan. 29 is trio Sinnoi’s “New Simbanggok.” 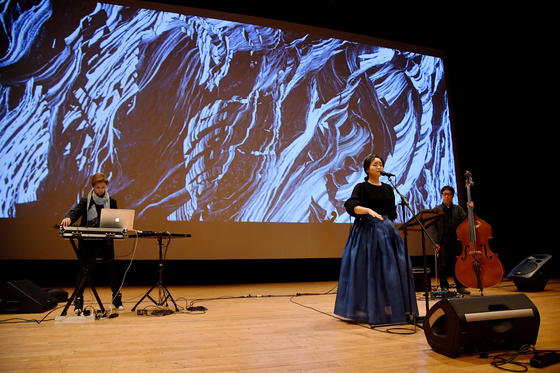 Sinnoi will kick off its new performance “New Simbanggok” on Jan. 29 at the Daehakro Arts Theater in central Seoul. [ARKO]


Sinnoi consists of Lee Won-sool, a double bassist who has an unrivaled presence on the Korean jazz scene, Kim Bo-ra, who has an extensive traditional musical range from Gyeonggi minyo (folk songs) and jeongga (traditional Korean songs based on Korean poems) and Haihm, an electronic ambient sound artist.

The trio has been creating a new genre of music that goes beyond the characteristics of individual instruments, or genres.

For most of their show, Kim stands in the center of the stage, singing her traditional melodies alongside Lee’s jazzy bass and a contemporary electronic sound created by Haihm, who often appears standing behind her D.J. table with her Apple laptop and headphones.

According to Sinnoi, “New Simbanggok” will provide something more, even for existing fans, as they’ve invited not only other musicians like a keyboardist, a geomungo player, and a guitarist to collaborate during the performance, but also a video artist and an installation artist to work on the backdrop and the large installation on stage.

“We always pursue something new, fresh, original and novel,” said Kim. “We don’t want to be defined in a single genre. This new work we will be showcasing, therefore, will be something totally new, but of course, have basis in traditional Korean music.”

The next performance is “New Pansori: A Hen into the Wild,” which will kick off at the Arko Arts Theater on Feb. 3. 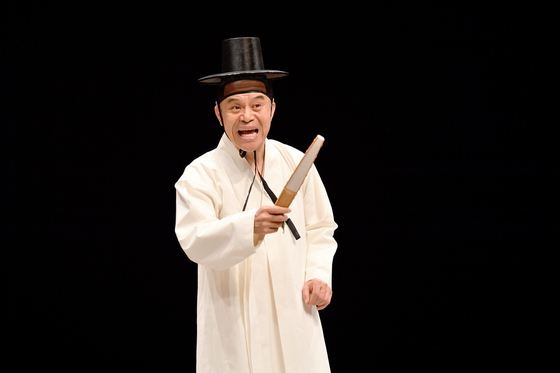 “New Pansori: A Hen into the Wild,” will kick off at the Arko Arts Theater on Feb. 3. [ARKO]


This pansori performance may be the one that adheres most strictly to tradition among the three selected shows. There’s no electronic music, or use of technology. The performers — the soriggun (the narrative singer) and gosu (the drummer) — appear on stage wearing hanbok with nothing else other than a standing microphone and a drum.

But according to director Ji Gi-hak, “New Pansori: A Hen into the Wild” is also a contemporary interpretation of a traditional performance, as much as the other two performances.

“We have used a very popular contemporary literary work ‘Leafie, A Hen into the Wild’ by Hwang Sun-mi. It’s an extremely popular children’s book that’s been turned into an animated film,” said Ji. “I wanted to turn this internationally-appealing book that has a strong storyline that speaks to people of today, into a traditional performance.”

Ji previously used the story and staged a changgeuk (Korean traditional opera) version last year. This year he’ll be staging a pansori version. Four different pairs of sorigun and gosu will take to the stage each day for four days, and on the final day all eight performers will come together for one performance.

Kim So-jin, one of the four soriggun, said the style of pansori is also quite modern for this work as the title “New Pansori” illustrates.

“For this work, we learned the lyrics and the tunes like we learn the traditional pansori, but then we were allowed to personalize it, make changes to include our own style and finally, we also included new lyrics in some parts to make it our own,” said Kim. “In that sense, this performance is somewhat contemporary. Moreover, despite telling the same story, the four shows will sound very different because the four soriggun have different styles and sounds."

The last performance is “Resonating” (translated) by music director Lim Yong-ju, who is also a member of Gongmyeong, a world music group in Korea. In this very modern version of a traditional performance, which kicks off on Feb. 26 at the Daehakro Arts Theater, a unique traditional Korean instrument called pyeongyeong appears.

Many people will not have heard the name let alone the sound of pyeongyeong. That was also the case for Lim, and this is exactly why he decided to create this piece: To shed light on the great traditional Korean instrument. 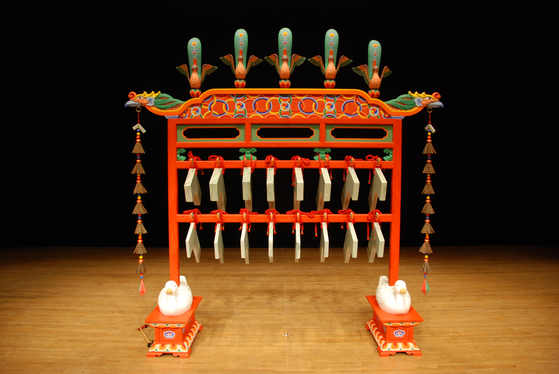 
Pyeongyeong, or the tuned sonorous chime, was first introduced from China’s Song Dynasty to Korea in King Sejong’s 11th year in power of the Goryeo Dynasty (918-1392). It was an essential instrument as it provided a standard pitch which was considered ideal for the court. This musical instrument consists of 16 L-shaped stone slabs, hanging from an ornate wooden frame, in two rows of eight. The sound differs according to the thickness of the stone slabs.

“I was surprised to find out how beautiful it sounds, and I wanted more people to hear what it sounds like and how it sounds when it is played together with other traditional instruments like daegeum (a larger traditional bamboo flute) and geomungo (six-stringed zither). I’ve also used modular synth to create variations of the pyeongyeong sound.”

“I believe it’s the responsibility of the traditional performing artists to make sure we continue to experiment and create something unique and exciting using traditional elements so that the traditional shows do not bore the audience members and make sure people still find beauty in traditional music,” Lim added.