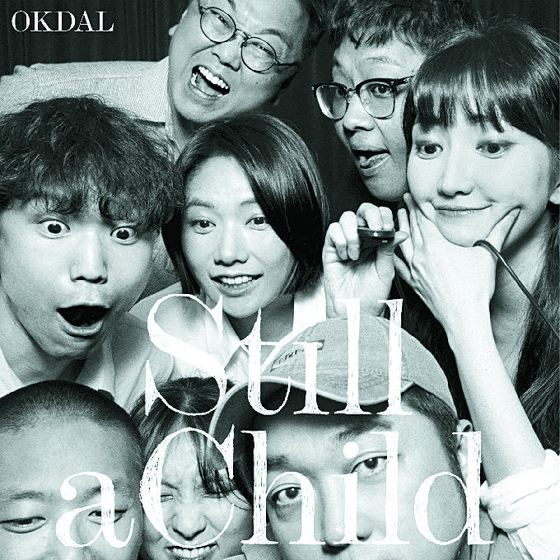 This has been a motto Indie duo Okdal has stuck to since their debut in 2011, and undoubtedly their consistency in their style of music has led them to the release of their 10th anniversary album “Still a Child.”

Okdal unveiled the six-track EP "Still a Child” last month, and as with any other of Okdal’s past releases, the new album is filled with soft melodies and witty lyrics that those in their 20s and 30s can easily relate to.

Okdal members Kim Yoon-ju and Park Se-jin recently sat down with the JoongAng Ilbo at a studio in Mapo District, western Seoul, to talk about their latest release.

“For this album, we focused on the keyword: adult,” Park said. "Now that we are 35, I'm sure I'm an adult, but I don’t think I'm fully grown up. And that thought led us to this album.”

Lyrics from “Still a Child,” the title song, go, "I look like an adult now. I should think like an adult. But if I had, I wouldn't be living in such a mess like this." Another track, "Take a Stroll," also talks about how a stressful day can be relieved by taking a walk. “I thought nothing worked out today. But as I’m walking, the breeze feels nice.”

With those sincere lyrics that seem to come straight from their diaries, Okdal became an icon to console listeners with their soft and comforting music.

Oftentimes they complain about life just like a close friend would, saying things like, "life is like a floating cloud that comes and goes, like a worm in the dirt” from “Hardcore Life" (2010), but they also give people reasons to stay positive, “Even if no one takes interest in your sadness, I am always cheering for you,” from “Cheer Up” (2011).

Sometimes they tell listeners to stop worrying and live carefree, “whether we are on the right track or not, we don't know it anyway," from “Intern” (2017). “Aerobic exercise or green and yellow vegetables are important, but sometimes having drinks with friends, eating chicken, pizza, bossam [steamed pork] is okay, too” is a lyric from “Sometimes It’s Okay” (2014).

Because of such lyrics, Okdal’s music has been known to represent the “Sampo generation.” Sampo is a Korean portmanteau meaning “to give up three things,” referring to the three essentials of traditional Korean adulthood: courtship, marriage and childbirth.

"When I had many concerns about my future, I wrote songs that I wanted to hear from others such as ‘everything will be alright,’ and ‘thank you.’ I think those who shared my concerns sympathized with my songs because they wanted to hear those words,” Kim said. 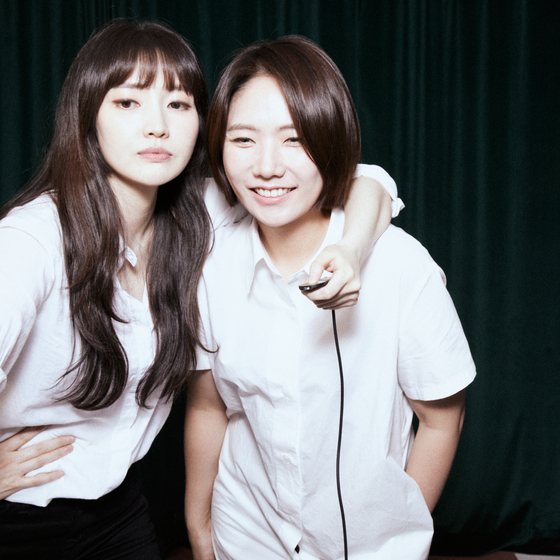 The pair met as music composition students at Dong-ah Institute of Media and Arts and have spent the last 10 years together making songs together. Starting with Okdal, Okdal’s agency Magic Strawberry Sound has also grown into a record label representing major indie musicians including 10cm, Sunwoo Jung A, Se So Neon and Park Moonchi.

“We lived in the same apartment building just on different floors when we were in college, so we basically spent most of our time together except during bedtime," Kim said. "We get along very well because although our personalities are different, we have the same sense of humor.”

They said another reason for their longevity is that each member has a different talent.

"Se-jin has a great sense of naming. She is good at using English words in a Korean sentence like 'Hardcore Life' and ‘None the better or Courage.’ I think she would have succeeded if she pursued a career in marketing,” Kim said.

“One of our biggest hit songs ‘Cheer Up’ is written by Yoon-ju. She is talented in making songs that evoke our emotions. Our voice tones are totally different so they harmonize well. It's a relief that we are good at different things,” Park said.

Okdal’s music became more known with the public after they took the position as radio DJs on MBC FM4U's "Blue Night, Rooftop Moonlight" in 2018.

“I love being a DJ in a radio station,” Kim said. “I really liked the feeling of using analog radio signals to communicate with others outside the station. We don’t really have a lot of acquaintances, so it’s good to listen to the stories that our radio listeners send us through the radio program. We learn life from their stories,” Park said.

Although they make the same music as a team, the type of music each member enjoys listening to is quite different.

Kim said she listens to jazz pianist Jeong Won-yeong's music whenever something important happens because the feeling, whether it is joy or sorrow, doubles with the album. Park, on the other hand, listens to electronic music when she wants to relieve stress.

“I wish we can someday perform as an electronica duo with a different stage name. I even came up with a stage name, Claps," Park said.

But for now, Okdal play to stick to the motto that consistency is key.