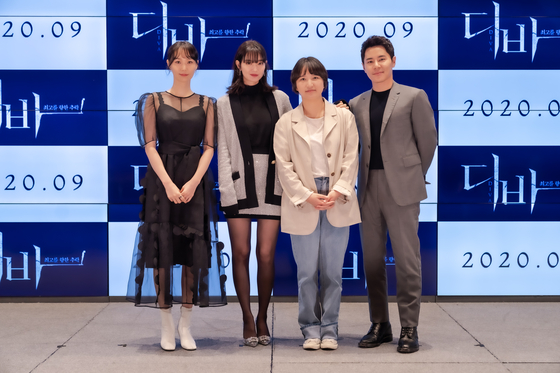 
Actor Shin Min-a has stolen the hearts of many with her sweetheart roles in romantic comedies. It wasn’t that the actor was picky — but the lovely characters were the ones that stuck in people’s minds. For instance, the most iconic character associated with Shin is her role as a gumiho, or nine-tailed fox, in the SBS drama series “My Girlfriend is a Gumiho” (2010).

Last year, however, Shin received her share of positive reviews for her calm and charismatic role of Kang Sun-young, a lawyer-turned-lawmaker in the JTBC political drama series "Chief of Staff."

And in the upcoming mystery thriller “Diva,” the actor is ready to show yet another side of herself when she takes on the role of Yi-young, a brooding diva, obsessed with retaining her position at the top. 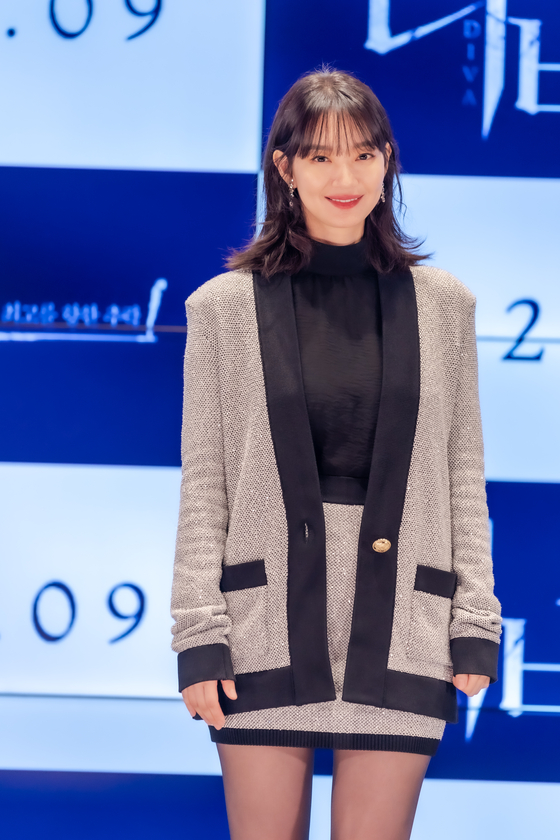 
"While I was filming ‘Diva,' people told me that they saw a new side [of me] that they haven’t seen before,” Shin said at an online press event on Friday. “Even when I saw the still scenes, posters or preview clips, I didn't recognize myself. It’s definitely a side that I haven’t shown before, so it was refreshing.”

Yi-young is an athlete that the whole world looks up to for her amazing diving. She gets into a car accident with her best friend and fellow diver Soo-jin (played by Lee You-young). Soo-jin goes missing and Yi-young has to overcome her trauma to recover her skills in time for the next competition.

However, rumors about Soo-jin start to swirl and Yi-young realizes that her best friend might not be who she initially thought she was. Pressured both externally and struggling with her inner trauma, Yi-young slowly begins to lose her edge, though desperately trying to claw back her way to the top.

“When I was writing the script, I wanted to tell a story that was similar to the sport of diving — about a diver plunging to the bottom,” director Cho Seul-ye said. “But since diving is a [relatively] unpopular sport in Korea, I thought it might be difficult for the local audience to come to terms with Yi-young’s position as a top diver, which I believed could be offset through the power [of acting] that Shin has.” 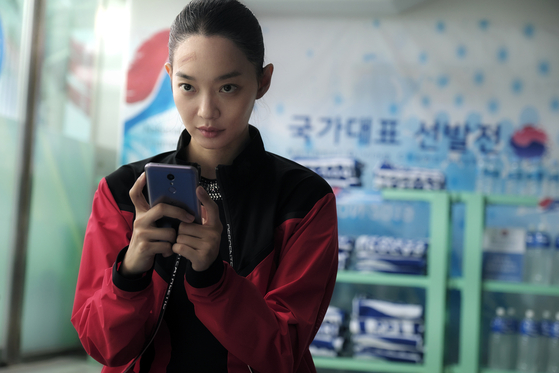 Shin as Yi-young, a diving diva desperately trying to maintain her position. [MEGABOX PLUS M]


When Shin and Cho met for the first time to discuss the film, the director said that she was touched by the level of dedication that the actor showed.

“We talked nonstop for six hours,” Cho said, smiling. “It was an honor to have an opportunity to work with someone who [completely] immersed herself in the story and the character.”

It's evident that the two protagonists —Shin and Lee You-young (who portrays Soo-jin)— certainly put in a lot of effort in the film. The duo started training four months prior to film production to pull off the roles of professional divers.

“We trained as best as we could before we began filming, and even during filming,” Shin said. “We trained almost daily—training out of the water for two hours and learning to dive for an hour.” 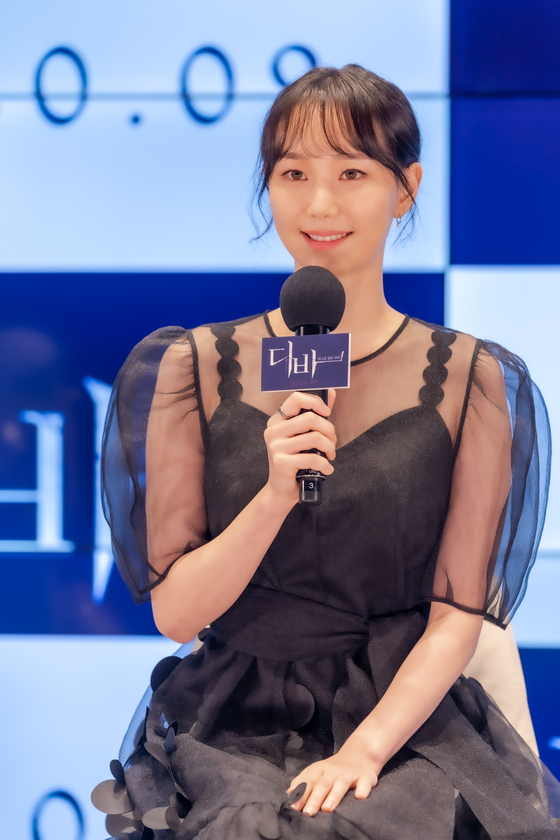 
“The most difficult thing about diving, for me, was overcoming my fear of heights,” Lee said. “For acting, what I concentrated on about Soo-jin is that she’s an unreadable character. The audience should be confused about which side is her true self. [Since I read the whole script] I know her thoughts, but there’s a gap between that and her actions. The challenge in acting was to maintain that balance.”

“Diva” is not only director Cho’s debut commercial film, but it’s also the first local film about diving. Cho said that the challenge for her lay in the lack of references she had to use.

“What I worried about the most is that diving is actually a very lively sport,” Cho said. “But I didn’t want to lose the aura of a mystery thriller. I was racking my brains about how to express that fear of falling [from a high place]. Moreover, as much as diving is a unique topic, since there were no prior references I could refer to, I had to create the film from scratch—which is why it was so important to take into consideration how many of the scenes the actors could actually pull off. We all agreed from the start that we didn’t want to repeat the same scenes [for the diving]. A lot of the scenes depended on the actors, and I’m grateful that they persevered through the tough training sessions to create this film together.”

Cho also gave an interesting anecdote about the film's title.

“I usually have a really hard time choosing titles,” she said. “I asked director Park Chan-wook to take a look over the script for feedback, and just casually passing by, he came up with ‘Diva.’ When I looked up the word, in Italian it means goddess, but in Arabic, it also means a legendary demon. That twofold meaning went well with what our story was about, so that’s how the name stuck.”

The word that Lee used to describe the film was “beautiful.”

“The film certainly quenched my thirst for [breaking] the boundaries of female characters,” Lee said. “Moreover, I don’t think I’ve seen a thriller as beautiful as this. I haven’t seen the whole film, but when I monitored the scenes, I think they were shot very beautifully. What separates our film [from the rest] is that it’s scary yet beautiful.”