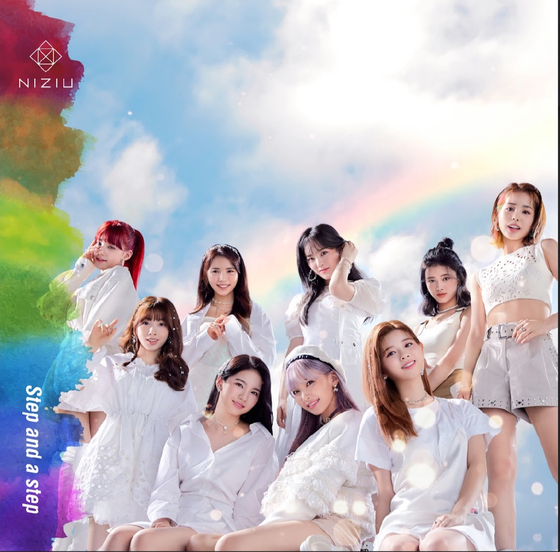 
JYP Entertainment's new girl group NiziU, which has already hit Japan with its pre-debut song "Make You Happy," is set to drop its official debut album “Step and a step” worldwide on Dec. 2.

The new album consists of four songs — “Step and a step," "Joyful," "Sweet Bomb" and "Make You Happy."

The title track "Step and a step" was written, composed and arranged by JYP's chief producer Park Jin-young, who also wrote and composed the lyrics of the group's pre-debut song "Make You Happy."

Through the song, Park delivers a warm message that it’s okay to take slow steps. The message is to NiziU members, who have made countless efforts to debut, and also to listeners going through difficult times, said the agency.

"Make You Happy” which was pre-released in June, made NiziU the first girl group to reach 100 million Oricon streams.

"Step and a step," which was also pre-released on Nov. 25, has topped charts on various music sites, including Oricon, Apple Music, RecoChoku, AWA and Amazon Music.

The music video for the "Step and a step" single surpassed 10 million views on YouTube in about 23 hours and 40 minutes after its release and exceeded 27.34 million views as of noon on Tuesday.