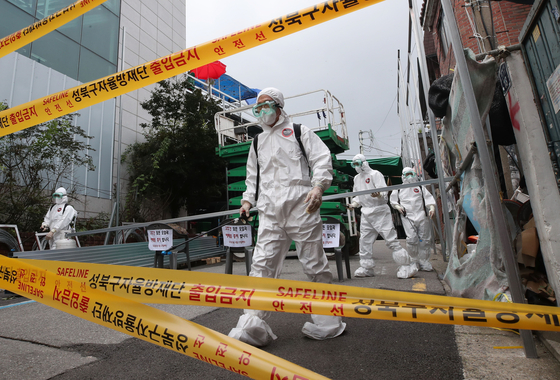 Health authorities disinfect Sarang Jeil Church in Seongbuk District, central Seoul, on Friday. The church has been linked to 19 cases of Covid-19 as of Friday at noon. [YONHAP]


Korea's daily domestic transmissions of Covid-19 reached a four-month high on Thursday, amid growing clusters of infections linked to a pair of churches in the greater Seoul area.

The Korea Centers for Disease Control and Prevention (KCDC) said that Korea had 103 total new cases on Thursday, of which 85 were domestic transmissions and 18 were imported.

The last time Korea's daily tally of new local cases rose above 80 was on March 31, when it recorded 88 local cases.

Covid-19 cases in Korea have risen recently due to clusters traced to churches, fast-food restaurants and schools.

Growing clusters have been traced to the Woori Jeil Church in Yongin, Gyeonggi, which had been linked to a total of 72 cases as of Friday at noon, according to the KCDC. The church's first case was detected on Aug. 9.

Sarang Jeil Church in Seongbuk District, central Seoul, had been linked to 19 cases as of Friday at noon, after it had its first case on Wednesday.


The KCDC said it sent text messages on Friday to all church members, asking those who visited the church building from Aug. 7 to 13 to be tested at their nearest testing center. The Seoul city government shut down the church on Friday and banned anyone from entering it until further notice. 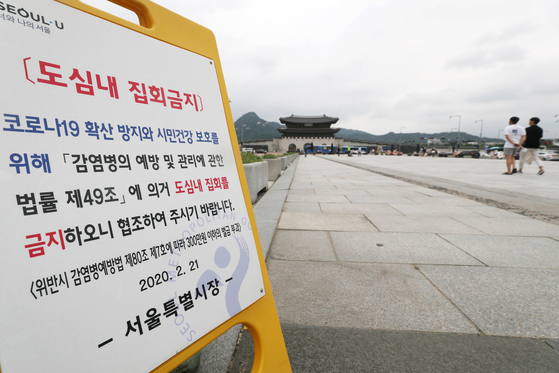 A sign from Seoul city government at the Gwanghwamun Square in central Seoul on Thursday informing that all rallies in Seoul have been banned. [NEWS1]


The pastor of the church, Jun Kwang-hoon, is also the leader of a civic group that plans to hold a rally near Anguk Station in central Seoul on Saturday to commemorate Korea’s Liberation Day.

The Seoul Metropolitan Government has banned all rallies in the city on Saturday, but the civic group has told media outlets they will try to host the rally regardless. Police will be deployed to try to dissuade people from participating in the rally. 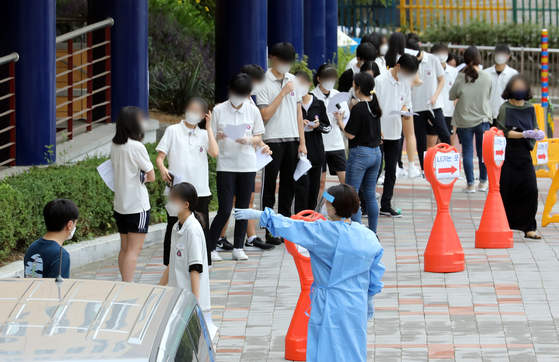 Students at Jukjeon High School in Yongin, Gyeonggi, being tested for Covid-19 on Thursday. [NEWS1]

The three schools have since suspended in-person classes and reverted to remote lessons. Health authorities are testing all students and faculty at the schools.

The Seoul city government asked people who visited any of the eight branches and restaurants since Aug. 6 to get tested. Four people who ate dinner at the same restaurant as the employees on Aug. 6 tested positive additionally as of Friday at noon, bringing the total cases from the Lotteria cluster to 15. 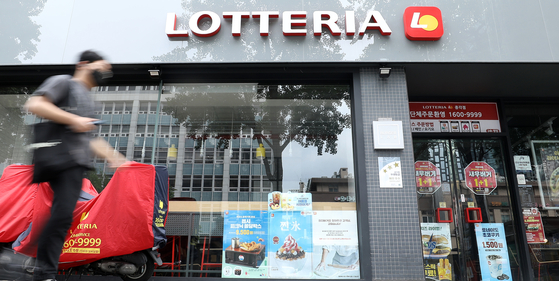 
The largest Starbucks cafe in Korea, located in Yangpyeong County, Gyeonggi, closed in the afternoon of Aug. 12 after an infected person was found to have stayed at the cafe for about 40 minutes that morning. 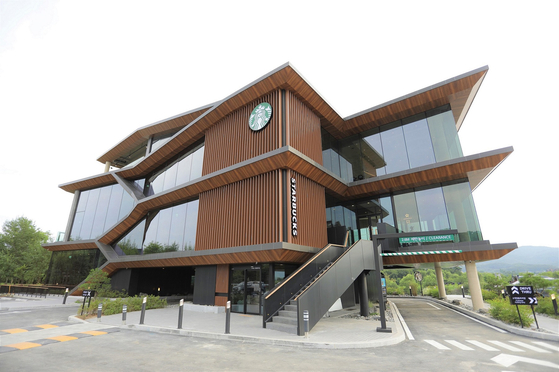 Starbucks Yangpyeong DTR branch in Yangpyeong, Gyeonggi, closed Aug. 12 after a Covid-19 infected person was found to have stayed at the branch earlier in the morning. [STARBUCKS KOREA]


After a merchant and his wife at the Tongil Shopping Center in Pyunghwa Market in Jung District, central Seoul, tested positive Wednesday, two family membersof the vendor tested positive as of Friday at noon. Some 600 stalls in the market were subsequently shut down and other vendors were being tested as of Friday.

The KCDC did not report any additional cases on Friday related to a cluster in the Namdaemun Market. As of Tuesday, nine vendors at the market and one family member of a vendor tested positive. The cluster has been traced back to a church in Goyang, Gyeonggi, after members of the church spread it to vendors. The church had its first case on Aug. 5.

Of the new domestic cases, 31 were recorded in Seoul, and Gyeonggi had 38. Busan had five, Incheon three, South Chungcheong three, Gwangju two, and there was one case each in Ulsan, Gangwon and North Gyeongsang.

Among the 18 imported cases Thursday, nine were from the United States, two from Iraq, one from Britain, two from Ghana, one from Ethiopia and one from Kazakhstan.

With the uptick in Covid-19 cases, the Korean government is mulling over whether to heighten the nation’s social distancing recommendations.

The KCDC currently recommends "level one" social distancing, in which the number of virus cases can be managed through standard quarantine practices and the country's health care system.

"Level three" measures will go into effect if daily cases exceed 100 twice in one week, and could lead to school closings and a ban of gatherings of 10 or more people. 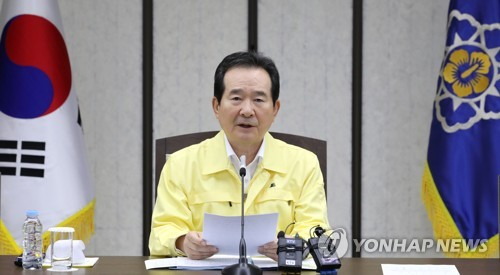 Prime Minister Chung Sye-kyun speaks during a Covid-19 briefing at the Government Complex in Sejong on Friday. [YONHAP]


“We’re seeing worrying signs in the Covid-19 cases in the country. If the situation worsens, especially in Seoul and Gyeonggi areas, we have to start considering whether to heighten the social distancing recommendation,” said Prime Minister Chung Sye-kyun, during a briefing at the Government Complex in Sejong on Friday.

Chung also warned that anyone who holds a rally in Seoul on Saturday will be “punished according to the law.”

“Everyone has the freedom to express their views at a rally but this is an extraordinary time to put first the safety and health of citizens,” he said.