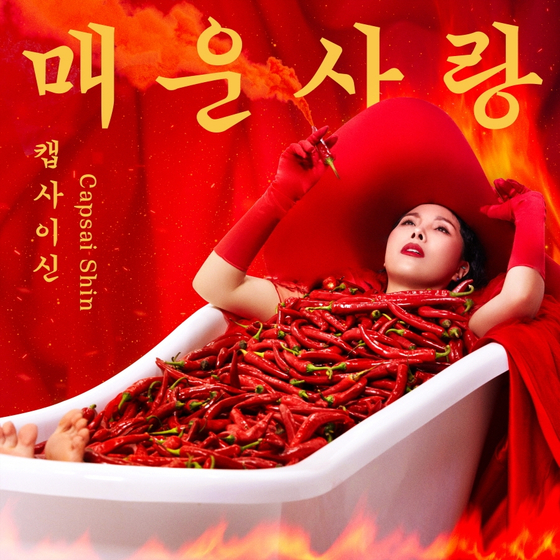 Comedian Shin Bong-sun will make her debut as a singer with the song “Spicy Love” on Aug. 20 under the stage name Capsai Shin, her agency Media Lab Siso said on Tuesday.

The song, which will be released at 6 p.m. on Aug. 20, illustrates a woman experiencing a breakup by figuratively expressing the pain as being spicy.

As the stage name suggests capsaicin, the song will feature Capsai Shin’s strong voice that stimulates our nerves, and evoke nostalgia with an authentic ballad style that was popular in the 1990s, her agency said.

Capsai Shin will debut on the MBC radio show "Kim Shin Young's Noon Song of Hope," on Aug. 20, and will hold a showcase on YouTube channel “Vivo TV" at 8 p.m. on the same day.