After overcoming cancer, author Heo Ji-woong has a new lease on life

After overcoming cancer, author Heo Ji-woong has a new lease on life 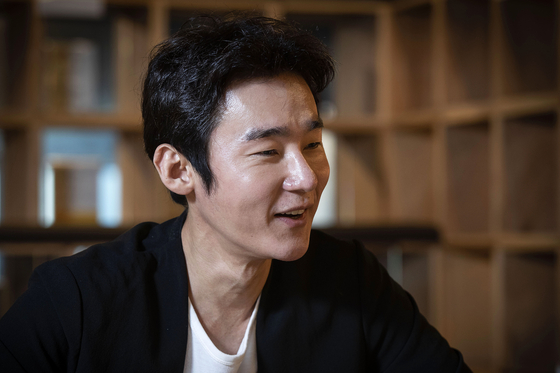 Author Heo Ji-woong talks about his book and his fight against cancer. [JANG JIN-YOUNG]


Writer and TV figure Heo Ji-woong, 40, who is more widely recognized from his time taking part in JTBC’s entertainment show “Witch Hunt” in 2014, is back with a new book, the name of which translates as “A joke that I want to live."

He makes his return after finishing chemotherapy after he was diagnosed with lymphoma in 2018. In the book, he has compiled 25 essays, which he started writing since early this year. The essays depict how he felt as he began the process of fighting cancer, and his self-assurance that he won’t give up easily. He also included stories he got from running his YouTube channel, where he gives advice to others.

The author said he used to call out saying, “please let me live” to his nurses, because he felt bad when he had to keep telling them how much pain he was in. Then he joked that he would take that phrase and use it for the title of his book. The book came out on Aug. 12.

“I wish readers remember just two things. Live, and live together,” said Heo —who said he is now healthy enough to go work out — during his interview with JoongAng Ilbo, an affiliate of the Korea JoongAng Daily.

“The title I have right now may appeal to those who are facing a dead end in life, or someone who wants to give up on everything.”

What inspired you to write a book?
The sentence, “I started writing as I thought I didn’t have much time left” [in the book] was the inspiration for the book. There was a physical limit since [cancer] has a high rate of recurrence. When I first started writing the book, I was in haste. In the book, there is a period of time I called “that night” when I was really going through a hard time. I didn’t cave into that night and pushed through. I was worried I might not be able to say all the things I wanted to say to those who are facing a dead end in life. I was really in a hurry thinking that I might not have enough time.


Did you say you don’t want to go through treatment again if your cancer recurs?
Anyone who went through the process of chemotherapy will sympathize. It disrupts a person.


What changed the most when you felt that you were running out of time?
It is the attitude you have toward life. Living a life isn’t something you are pushed to do because you are born in this world. It isn’t about feeling so discouraged and hoping the night comes sooner every day. It is more about the feeling that I lead my life as I want to lead it. If there’s one person out of 100 readers that have felt this feeling through reading my book, I think I have accomplished everything I wanted to achieve as an author. 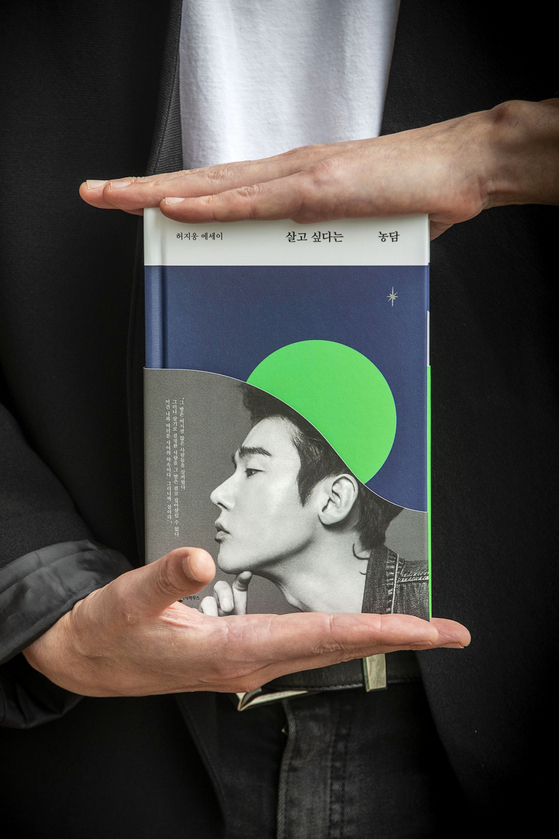 How difficult were things?
So, some people who really want to live make some irrevocable choices. I think I got to understand what that is. The idea of thinking that things are too difficult for you to live longer comes from the premise that you really want to live. There’s a point you reach after you continue to think that you are so unfortunate, so screwed and out of luck. You say that you are screwed and that's getting you close to that point. But don’t go there. I have gone there and fortunately had enough in me to move beyond that point. I now know that life can’t be accompanied by pain and unhappiness, and all those things will continue even in the future. So just don’t take that last step that gets you to that point. I wanted to promise that to my readers.


Why is that promise important?
I never made any promises with my readers, but I thought I could promise this. I wanted to share how important it is to nurture feelings of living a life together with one another.


What do you think is unhappiness?
Unhappiness is like the constant snow that falls down outside the train in the movie “Snowpiercer,” not the villains in the train. You shouldn’t let any despair have any sway over you. I’m confident that you can change unhappiness into a sort of inspiration for something [more positive].


Do you think you have changed from the experience?
You don't get any smarter and wiser just because you overcame death. There are things I gave up because I aged, not because I got sick. I was hot in heart when I was younger. Whether I write or talk on TV shows, I thought I could help people save themselves if I keep a certain tone and manner. But that’s not true. After I accepted the idea, I stopped living in a flamboyant manner. It is not about what I give up in life. I just focus more on the people who really need me to spend time and energy. I focus more on what I can actually do to make an impact on the people around me.


Was it difficult to ask others for help?
In the past, I thought I would rather die than to place any inconvenience on others. Now I’m different. Living a life is something not so fancy and it is inevitable that each and every one of us will give and receive any kind of trouble. Admitting that is the first step to adulthood I think. That’s the basic idea shown in the book. The book is about how we live together. To live, you have to endure. Back in the day, I thought enduring everything on my own was the key. But now I know that it is impossible. I pay more attention on how to live together these days.


If you were to be interviewed by the past version of yourself as a reporter, what question do you think you would ask?
The first question would be if I’m happy because the past me would expect the current me to say no. But the current me really feels happy these days. If you desire happiness too much, the feeling that comes with too much desire is the same as what you feel when you are unhappy. If you are looking for happiness too much, chances are you won't notice and miss the little things that make you happy.


What makes you most excited these days?
There are so many games that are well-made, and I joked that I almost died without playing the games. When I was in the hospital, I used to think that after a few more nights in the hospital, I would be able to watch a movie in the theater. I just got a ticket to finally watch a movie in the theater. I can now die happy! [laughs].