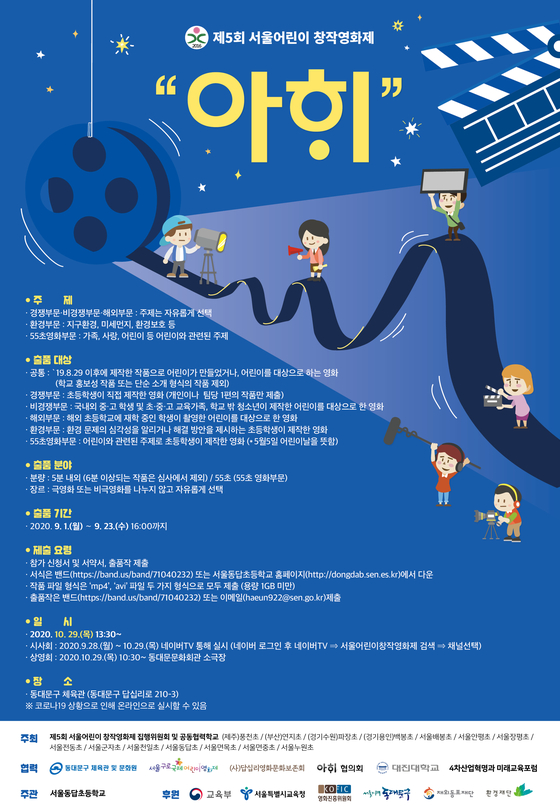 
The 5th Seoul Children’s Film Festival, co-hosted by 14 schools, is to take place in Dongdaemun District gym in central Seoul on Oct. 29, the Seoul Metropolitan Office of Education announced on Tuesday.

The film fest started in 2016 by Dongdab Elementary School, which was built on the location of Damsimni film studio complex, to enhance education on culture and arts.

Applicants must be Korean teenagers residing in either Korea or abroad, or if the applicants do not fall under the age category, the films should be about children. The film must be under five minutes.

Films must be submitted between Sept. 1 to 23, and online screenings are to take place from Sept. 28 through Naver TV.

An award ceremony is scheduled at the Dongdaemun District gym on Oct. 29.

More information about the festival can be found at the website of Dongdab Elementary School (dongdab.sen.es.kr/index.do).

Elementary students allowed up to 34 days of home schooling