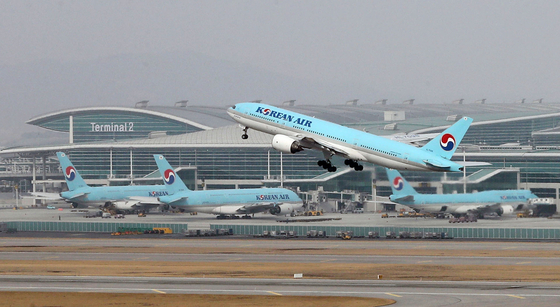 Korean Air Lines has signed a deal to sell its in-flight catering and duty-free business to private equity firm Hahn & Company in a bid to secure capital as the airline industry struggles in the wake of the coronavirus pandemic.

The full-service carrier reported Tuesday that its board voted in favor of selling the business to a new entity to be established by Hahn & Company for 990.6 billion won ($834.54 million) at a board meeting held in central Seoul.

“Korean Air Lines plans to purchase a 20-percent stake in the new entity to provide stable and quality service of in-flight catering and duty-free business in the future,” said Korean Air Lines in a statement Tuesday.

It is expected to take two to three months for the deal to be completed.

The airline’s decision is part of its effort to secure capital amid the Covid-19 outbreak that has torn apart the aviation industry. It received 1.2 trillion won in liquidity from state-run Korea Development Bank and the Export-Import Bank of Korea in April. In return, Korean Air Lines agreed to secure 2 trillion won through self-help measures.

As part of that effort, it is issuing 1 trillion won worth in new shares, trying to sell its real estate in Songhyun-dong in Jongno District, central Seoul, and had 70 percent of its workforce take paid leave for six months from April.

The airline’s net loss expanded 28.52 percent in the first half of the year to 619.49 billion won compared to the same period last year. Its sales shrunk 33.53 percent during the same period to 4.16 trillion won.