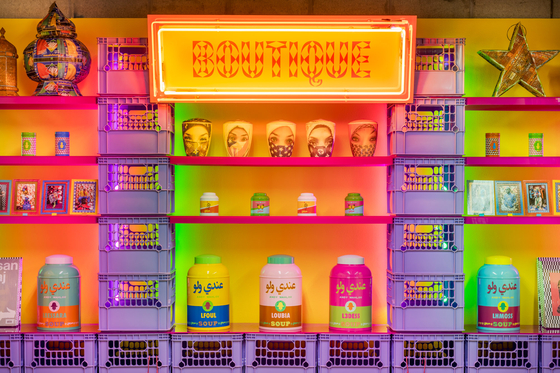 
When Moroccan photographer Hassan Hajjaj began his work in the 1970s, he didn't mean to become an artist — he just wanted to show that an "exotic and African" culture could survive in the conservative British society that had him questioning his identity so many times in his childhood.

His experience working on a street fashion brand and at a night club led to him capturing the colorful otherness of the Moroccan culture in a Western and modern frame, leaving his work with a uniqueness like no other.

Born in Morocco in 1961, Hajjaj moved to Britain in his teenage years. His adolescence was swarmed with questions about his identity as an immigrant in a turbulent 1970s Britain that was facing a surge in racism amid the influx of immigrants and globalization.

While remaining true to his roots, Hajjaj was also very influenced by the urban atmosphere of London’s streets, as well as by the multinational diversity he found within his own group of peers. Even after becoming a leading figure in London’s subculture, Hajjaj continued to strive for more. 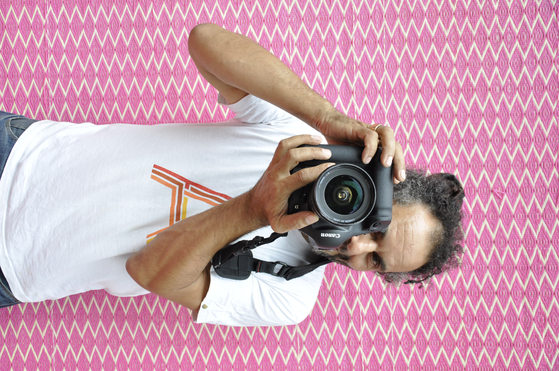 
He began his art career in the late 1980s after becoming enlightened by his many trips to Morocco. He saw how Moroccan photographers captured their country from a foreigners’ point of view. He began questioning how mainstream culture overwhelms subcultures and how tensions between the two are translated into art.

Hajjaj worked with various mediums, but his solo exhibition "A Taste of Things to Come," which is now being held at the Barakat Contemporary Gallery in central Seoul’s Samcheong-dong, displays mostly photographs, along with videos and installations.

Much of his work features people or objects from the North African country — colorful and proud, but also ordinary and common. They look like fancy covers of a magazine, but with ordinary models in not-so-ordinary contexts.

For instance in “Henna Angels” (2010), a group of women directly gaze at the camera, wearing colorful fabrics, while three of them sit on motorcycles, almost like a photograph of an 80s boy band. A group of men also don a boy band-esque look in “Ghetto Gastro XL” (2018), where they stand among colorful carpets, iconic in North Africa, while wearing modern fashion statements along with more traditional accessories. In all of Hajjaj’s work, the objects that are used for the photos’ frames are also important, as they add a colorful and meaningful finish. 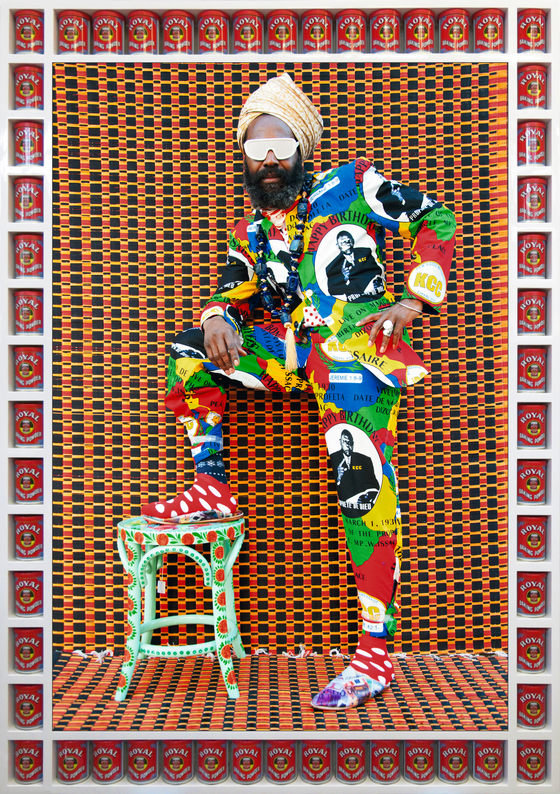 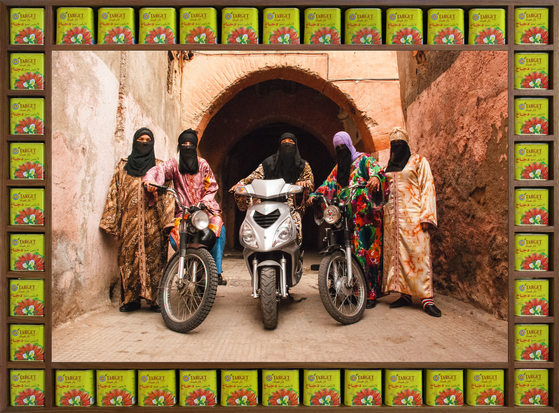 
In the Seoul exhibition, there is an installation on the second floor of the gallery titled “The Boutique.” The colorful objects that are taken from common pop cultural contexts give a witty, yet uncanny twist to the objects, such as the traditional Moroccan footwear Babouche that features the logos of Louis Vuitton and Nike or a Barbie doll in traditional Moroccan attire. “The Boutique” will actually sell products as if in a real store. Hajjaj created shirts, shoes and boxes in collaboration with local artisans for a limited edition, that are being sold at the gallery. Most items are priced under 1 million won ($844), with the cheapest, a tea box, costing 40,000 won.

The exhibition will run until Sept. 27. The gallery is closed on Mondays. For more information, visit www.barakatcontemporary.com.