Where’s the e-board on jobs?

Where’s the e-board on jobs? 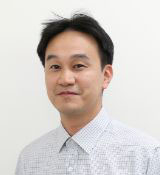 The author is a business news editor of the JoongAng Ilbo.


I thought he was joking when a government official on economic affairs said the e-board on jobs that used to hang at the Blue House was on sale at a used market exchange. That turned out to be half-true. In a section on electronics, one seller has offered to sell “Blue House Job Bulletin Board.” The posting had a picture of an 80-inch screen, with President Moon Jae-in standing next to it. The panel, originally manufactured in Venezuela, was priced at 1.5 million won ($1,265), with a “distinctive feature of reducing actual jobs,” according to the description on the posting.

Obviously, the seller is not the presidential office. The blogger was mocking the Moon administration’s job policy, which has gone astray. The satire went viral online as it hit the nail on the head.

The job outlook is clouded. The e-board was installed at the presidential office as soon as Moon vowed to increase jobs both in quantity and quality and narrow the gap between jobs. Except for the early period of Moon’s presidency, the e-board has never been seen by the public. Even Prime Minister Chung Sye-kyun admitted during a parliamentary questioning session that he had never seen it.

The board became no use as Korea’s job situation has gone from bad to worse. The Moon administration would be disgracing itself if it ever showed the board to journalists or the public.

The number of unemployed reached 1,138,000, and the jobless rate hit 4 percent in July — the highest tally for the month since data were first compiled in 1999 shortly after the Asian financial crisis. That’s not all. The number of job additions fell for the fifth consecutive month — the longest slump since 2009 in the wake of the 2008 global financial crisis. Those who have given up looking for jobs due to a dearth of job offers increased by 55,000 from a year-ago period to 80,000.

President Moon Jae-in converses with his aides in front of the electronic bulletin board on jobs in his office on Jan. 20, 2018, eight months after coming into office.


The lengthening of the new coronavirus crisis and economic slump has dealt a heavy blow to the economy. But even before the Covid-19 crisis, job conditions were not good in 2018 and 2019, despite the liberal government’s annual spending of 80 trillion won since 2017 on creating jobs.

Experts point to structural problems in the job market and pro-union and antibusiness government policies as key reasons. The government mostly created jobs in the public sector and failed to promote the creation of sustainable jobs for a viable economy.

The economy runs in cycles. From time to time, job conditions can turn bad and good. To turn the job situation around, the government must first admit to its failures to come up with more feasible solutions to tackle challenges.

But the government remains delusional. Deputy Prime Minister for Economic Affairs Hong Nam-ki, who also serves as finance minister, claimed that our job conditions have been improving since May, citing a “slowed pace of reduction” in jobs.

The government also argues that its real estate measures were helping to bring down housing prices, citing a slowed increase in property prices. It is no wonder the real estate and job markets are in such bad shapes, as seen in senior government officials’ lopsided interpretations of our economic situation.

Answers are already there. Jobs should come from the private sector. If stifling regulations are lifted and incentives are offered, companies will invest again.

If rigidity of layoffs is eased, companies will be able to hire more. I wonder if the Blue House and government are still oblivious to the obvious fact — or are just refusing–– to see it. Given its chronic self-delusion, however, the administration’s policymakers may simply be blind.

‘I’m a tenant and a landlord’