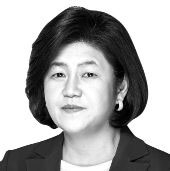 
President Moon Jae-in’s approval rating, which dropped to 39 percent, started rebounding. According to Gallup Korea’s recent poll, his approval rating was 47 percent in the fourth week of August, up 8 percentage points from two weeks ago. The ruling Democratic Party (DP)’s approval rating was 38 percent — a whopping 18 percent higher than 20 percent for the opposition United Future Party (UFP).

That’s a dramatic turnaround after the resurgence of the coronavirus. The Moon administration was praising the success of its preventive measures and then got ambushed by a sharp spike in infections across the country. The government’s authority was hurt, but the administration blamed unreasonable acts by some churches that led a massive rally on Gwanghwamun Square on the Liberation Day of Aug. 15.

I want to make this clear. I have no intention to defend some radical rightists who defied the government’s preventive measures and caused enormous chaos and inconvenience to the people. But I was at a loss when President Moon summoned leaders of Protestant churches and tried to lecture them that they cannot demand freedom of religion while causing enormous damage to society.

Preventive measures against the virus are a matter of pragmatism and science. Is Moon trying to start yet another war by making the churches a scapegoat? Is his rage really irrelevant to his opponents’ demand to judge him?

The government is also waging a war against doctors amid the ongoing battle against Covid-19. It is common sense that people stop internal fights when they are attacked by an enemy from outside. But the administration is actually strengthening its countermeasures against doctors and heading toward catastrophe.

Ordinary citizens are finally criticizing the government for pressuring doctors by taking their safety and lives hostage. Citizens also believe that the government would put the blame on the doctors’ strike if it fails to contain the resurgence of Covid-19. It seems like the government is trying to create a frame of conflict between the privileged group of doctors and the suffering public. This frame is quite similar to the earlier frame the government set between the rich and the poor.

The strategy of creating a frame of confrontation is embedded in the DNA of the members of the Moon administration — and serves as a knee-jerk response to crisis. When the gross unfairness of the Cho Kuk family — who had long pretended to promote fairness and justice — was revealed, the administration suddenly started pushing for prosecutorial reforms. When the diplomatic row with Japan spilled over into a trade dispute, it championed anti-Japan sentiment and encouraged people to boycott Japanese products.

When you criticize the administration’s North Korea policy for its lack of any plans to accomplish denuclearization, it attacks you by saying, “Then, do you want a war?” When you point out the real-world consequences of its idiotic income-led growth policy, it says you are supporting chaebol, not ordinary people.

They are fueling confrontation between the wealthy and the ordinary; the pro-Japan groups and the anti-Japan groups; Cho Kuk and Yoon Seok-youl; and tenants and landlords. The deeper the rifts get, the more the people are split. When the battles are bloody, the president enjoys a rebound in his approval rating. That is a dangerous way to govern.

Recently, members of the Moon administration say that Moon is the first president without a lame duck period. They would not find fault with the slogan that the DP will win the presidency for the next 20 years and remain strong for the next 100 years. They might be blinded by the high approval rating.

They don’t seem to see the poor outcomes of their performance. Although the president promised to resolve both wealth and income polarization, they actually became more severe. Though he promised to create jobs, the unemployment rate is higher than before.

The administration says its minimum wage hikes and the 52-hour workweek are its accomplishments, but the reality is far darker: those policies have hurt many people. Wages of employees of conglomerates, financial companies and public firms — which were already decent jobs — increased and their lives improved further. In the meantime, low-income laborers and micro-business owners have lost their jobs or businesses despite the government’s promise to help them live better lives.

Moon also failed to follow through with the glitzy promises he made in his inauguration speech. He vowed to make a world in which there are no privileges or foul play. He pledged to become a president who wipes away the tears of the people. He swore to make law enforcement authorities free of politics. He promised to hire talented people for appropriate posts without considering their political affiliations. But he failed to keep those promises — despite his high approval rating and 176 seats in the National Assembly. How will history evaluate him?

A petitioner recently filed a posting on the Blue House’s online petition board and won more than 380,000 supporters. “History only talks about a ruler’s accomplishments, not his approval rating,” he wrote. What a great insight. It is not too late. Moon must accept the reality and admit to his wrongdoings. To do that, he must reread the inauguration speech he himself delivered three years ago.