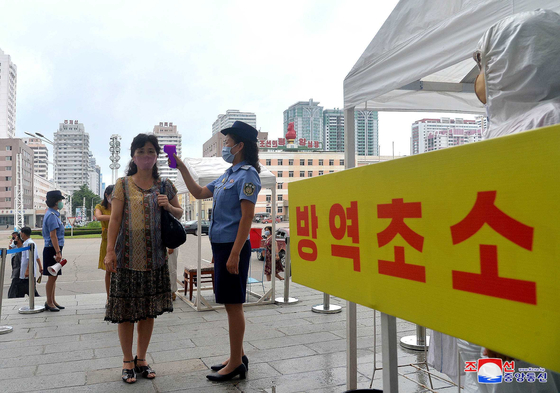 A health official conducts a temperature check on a citizen at the entrance of a train station at North Korea's capital of Pyongyang on Saturday, according to a photograph released by state media. [YONHAP]


The United Nations said it has only raised around 5 percent of the necessary funding to combat Covid-19 in North Korea, according to a new report released Monday.

The progress report, titled "Global Humanitarian Response Plan (GHRP): Covid-19," from the UN Office for the Coordination of Humanitarian Affairs, said only around $1.8 million of the $39.7 million sought by various UN agencies to mount a response to the virus in the North had been obtained.

That number was on the lower end among all countries covered by the response plan, with some countries like Iran or Pakistan having received more than 40 percent of their UN funding needs.

“Funding towards the GHRP and Covid-19 response has been generous, yet insufficient to meet the needs of the most vulnerable people in countries in crisis,” the report read.

“Reports on new funding have slowed significantly, despite the increased requirements and alarming evolution of the pandemic, especially in the world’s poorest and most fragile countries.”

The total amount of funding requested by the United Nations for North Korea, which also includes non-Covid-related aid, amounts to $145.7 million, according to a July update for the GHRP.

South Korea, which has been a major donor to the United Nations in terms of aid to the North, on Tuesday unveiled it was allocating a larger budget next year to collaboration with Pyongyang through the Inter-Korean Cooperation Fund, particularly in the field of medical exchanges.

Seoul’s Ministry of Unification said 1.24 trillion won ($1.05 billion) will be earmarked for the fund next year — an increase of 37.7 billion won compared to this year — “owing to funding increases for fields like inter-Korean health and medical cooperation in response to disasters such as Covid-19,” according to a ministry official.

Though it has scaled up antiepidemic measures in recent months amid protracted economic difficulties, Pyongyang continues to officially claim it has had no confirmed Covid-19 cases.

Such a claim has been heavily disputed by international observers.

On Monday, South Korea’s Minister of Unification Lee In-young said Seoul concluded there were indeed virus infections in the North, which it was closely observing. 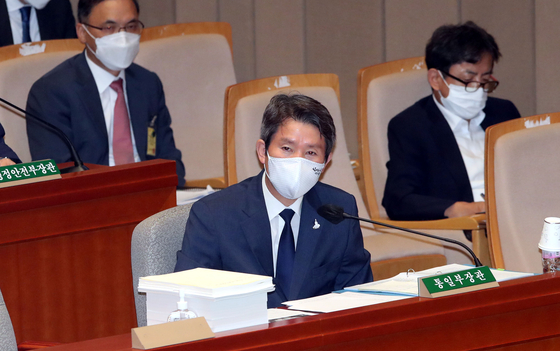 
In a parliamentary hearing, Lee said the official data released by Pyongyang “should be taken as it is,” but that he was willing to privately brief South Korean lawmakers on other pieces of information at his disposal since “there are limits on speaking officially” on the matter.

The remark hinted that Lee had intelligence that ran contrary to official claims from Pyongyang, dovetailing with various testimonies from sources within the country who claimed there were Covid-19 outbreaks in the regime.

One South Korean government official, who asked not to be named, said one “need only to think logically” on the matter, apparently bolstering claims of a contagion up north.

The U.S. government-funded broadcasting outlet Radio Free Asia (RFA) last week reported the North’s Ministry of Social Security had issued an emergency order allowing guards to shoot and kill any person who comes within one kilometer (0.62 miles) of North Korea’s border with China.

Citing a source who is a resident of North Hamgyong Province, RFA said the order was to be enforced along all of North Korea’s approximately 1,400-kilometer-long border with China along the Yalu and Tumen Rivers, effective until the pandemic ends.