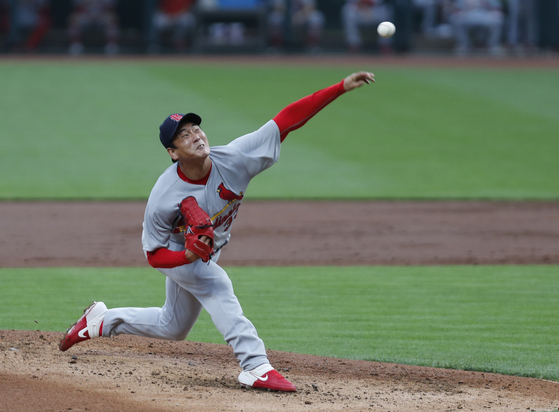 Kim Kwang-hyun of the St Louis Cardinals throws a pitch during a game against the Cincinnati Reds at Great American Ball Park in Cincinnati on Wednesday. By tossing five scoreless innings, Kim picked up his second win in the major league. Throughout five innings, Kim gave up three hits and two walks, while striking out four. With five shutout innings, the Cardinals picked up a big 16-2 victory against the Reds and Kim once again lowered his ERA to 0.83 for the season. [REUTERS/YONHAP]

Kim kills it for Cardinals