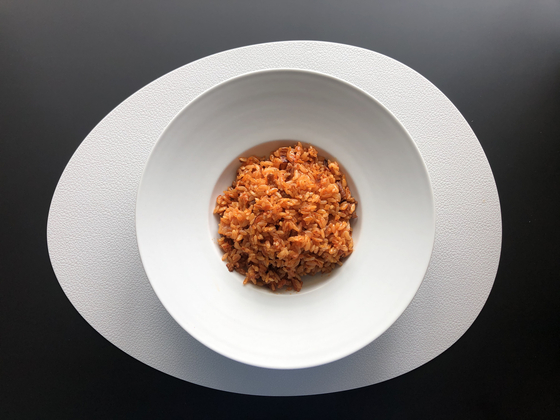 
If simplicity is your deciding factor when it comes to choosing what frozen food to buy for a quick meal, grill restaurant Two Ppul’s Chadol Bokkeumbap, which translates to fried rice with beef brisket, wins the grand prize.

The item that is sold the most on Market Kurly among any other packaged frozen foods from February to July didn’t require much else other than a few drops of oil, a frying pan and three minutes of your time.

Rip the cover off and you will find two separate packages filled with beef and rice inside that serve two. You put that onto an oil-coated pan and stir fry for three to five minutes. And that is it for you to have a satisfying bowl of fried rice with beef brisket and some kimchi.

It is quite an eye-opening experience when taking into consideration the steps that other similar meals require. Many frozen food packages released these days usually have about three items to open before you even begin cooking, yet just having one package to pan fry to get your meal served really cuts down on any fuss.

The meaty flavor covering the rice may make you feel like you just had grilled some meat and the bowl is what you are left behind with. Eating fried rice after a round of meat grilling is so common in Korea, and many joke that fried rice is like a dessert to Koreans. 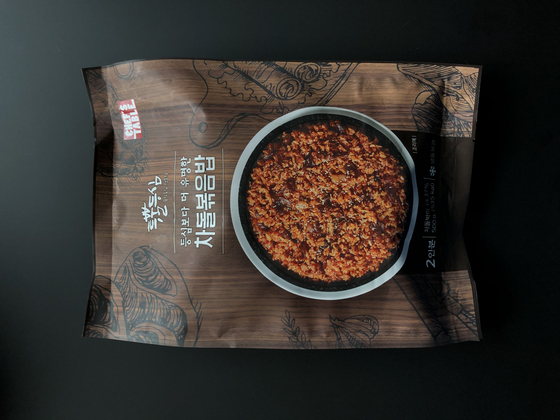 
Two Ppul, one of the first barbecue spots that tried offering premium food at more affordable prices with service that includes staff grilling the meat for dining guests, launched in 2012. It got its know-how from its sister restaurant Samwon Garden, which was and still is widely known as a premium Korean barbecue spot in the country. As much as people have raved about its beef since its opening, its fried rice with beef brisket became the must-have menu item at the restaurant. While it is about 23,000 won ($19) for two servings for guests who order grilled beef at the restaurant, the packaged version is only 9,500 won for two servings.

It is only available on Market Kurly and if you purchase before 11 p.m., it is possible to have it delivered by the following morning.

The pieces of beef per serving are just enough to add different texture to the rice dish. The more you fry, the crispier the beef gets, and It is also sliced into small pieces so that you don't have to wrestle with your spoon.

In spite of the red color, the taste is not that spicy and even kids could handle a bowl.

The texture of rice isn’t soggy or too crunchy. It tastes like any fried rice you would make at home from scratch with day-old rice or rice frozen in the freezer.

If you want to make your frozen meal more gourmet, try adding some daepa, or large green onions. Grill some of the daepa and other vegetables as the package doesn’t contain any greens. Use some butter or oil to cook everything off before adding the frozen package.

If you want more meat on it, either getting a chunk of beef or some more slices of beef brisket would make the perfect addition and also elevate the dish enough that it would be suitable to serve to visiting guests.