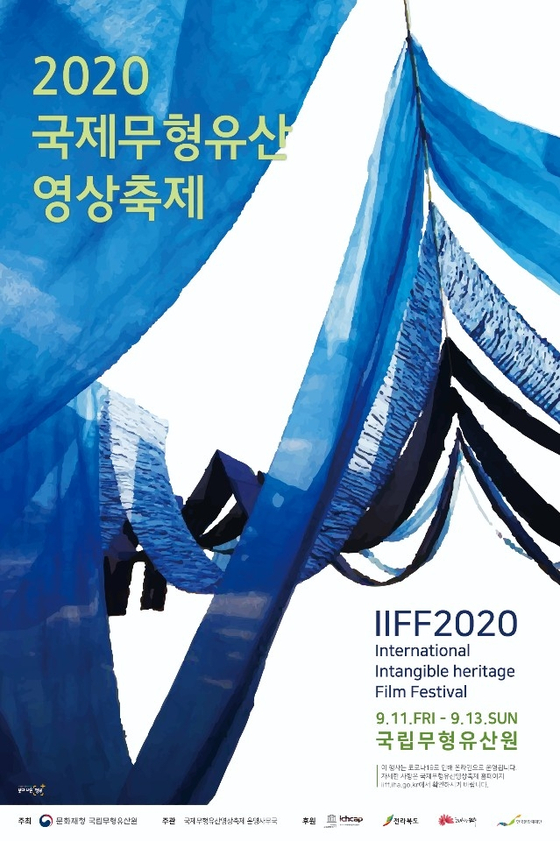 
The 7th International Intangible Heritage Film Festival (IIFF), an event that focuses on local and foreign intangible culture assets and heritage, will be held online from Sept. 11 to 13 without an audience.

Under the theme of “Breathing, Rest,” a total of 26 films from 16 countries will be introduced under six sections — Heritage Stream, IIFF Focus, Masters’ Arirang, IIFF Shorts, IIFF VR and Special Screening. The films will be screened through Naver TV.

The opening film will be director Cho Jung-lae’s pansori (traditional Korean narrative singing) musical film “The Singer” (2020) and the closing film will be “Silence - Voices of Lisbon,” a Portugese film about fado, a popular urban song in Portugal, which has been listed in Unesco’s Intangible Cultural Heritage of Humanity. The film is to be shown in Korea for the first time through this festival.

Started in 2014, the National Intangible Heritage Center established the film festival to introduce various intangible heritage that has seeped into and is influencing people’s everyday lives. More information about the screening schedules can be found on the website (iiff.iha.go.kr/service/main.nihc).