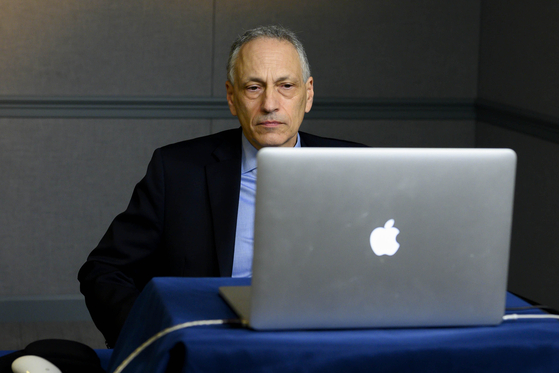 Robert Soofer, the U.S. deputy assistant secretary of defense for nuclear and missile defense policy, said in a webinar hosted by the Air Force Association's Mitchell Institute for Aerospace Studies that the United States is pushing for a layered missile defense, which includes the deployment of Standard Missile-3 (SM-3) Block IIA interceptors, to help thwart North Korean threats.

“We don't know what the risk is because we know that North Korea is trying to increase the size of its ICBM capabilities, maybe even move to an SLBM, but we don't know the extent of that,” said Soofer.

He had been asked about the Missile Defense Agency’s (MDA) plans to conduct an intercept test with an SM-3 Block IIA against an ICBM target and evaluating the technical feasibility of deploying the Terminal High Altitude Area Defense (Thaad) as a part of a new layered U.S. homeland ballistic missile defense system.

"We will conduct a test before the end of this calendar year, and if it works, then figure out some way to integrate [it] into our defense,” said Soofer. “And if it does work now, we have the capability to address the North Korean threat.”

Soofer said the SM-3 Block IIA missile, intended for regional defense to protect against medium- and intermediate-range systems, is expected to provide an extra layer of defense to its mid-course 44 ground-based interceptors (GBI) and that “potentially Thaad could do this as well.”

A layered missile defense system intercepts missiles in all its phases of flight — boost-phase, mid-course and terminal.

It is not clear if the SM-3 Block IIA interceptor is suited for mid-course or long-range defense, but the MDA recently said it will conduct flight tests against an ICBM target. ICBM defense would be a game changer in the Pentagon’s missile defense system, as SM-3s are usually fired from ships.

Soofer said that as they are “sea-based systems, the initial deployment would occur on ships.” He added that the vessels would likely be located in a position “closer to the U.S shore in order to provide the layered defense.”

He noted that the SM-3s are more effective against the North rather than Russian or Chinese threats.

“Given the small numbers of GBIs and SM-3 IIA in the underlay, this doesn’t pose a threat to Russia,” said Soofer. “It will however, help us deal with North Korean threat, and that’s why we are pursuing it.”

Analysts have predicted that North Korea may showcase a new ICBM or SLBM in a large-scale military parade to mark the 75th anniversary of the founding of its ruling Workers' Party on Oct. 10.

Satellite imagery from Aug. 31 showed thousands of troops in formation and hundreds of vehicles parked near the Mirim Parade Training Ground in Pyongyang, likely rehearsing for the military parade, according to 38 North, the Pyongyang analysis website.

The International Atomic Energy Agency (IAEA) in a recent report said that there are no indications that North Korea reprocessed spent fuel from its main nuclear reactor into plutonium in the past year, but it seems to have continued to enrich uranium.

“There were indications consistent with the production of enriched uranium at the reported centrifuge enrichment facility at Yongbyon,” the IAEA wrote in its "Application of Safeguards in the Democratic People's Republic of Korea" report on Sept. 1.

It added that it's likely that North Korea continued internal construction activities at the experimental light water reactor at the Yongbyon nuclear complex, but that the 5-megawatt plutonium production reactor and the radiochemical laboratory “continued to show no indications of operation.”

At the Yongbyon nuclear fuel rod fabrication plant, there were sightings of the operation of the cooling units and regular vehicle movements.

However, the report added that it is “almost certain that no reprocessing activity took place and that the plutonium produced in the 5-MW(e) reactor during the most recent operational cycle has not been separated.”

The IAEA has not had access to North Korea since outside inspectors were expelled in 2009.

It added, “Once a political agreement has been reached among the countries concerned, the Agency is ready to return promptly to the DPRK, if requested to do so by the DPRK,” using the acronym for the North’s official name, the Democratic People’s Republic of Korea.

After the second summit between North Korean leader Kim Jong-un and U.S. President Donald Trump, which ended with no deal in February 2019, Pyongyang said it has asked for a partial easing in exchange for the permanent dismantlement of its key Yongbyon nuclear complex.