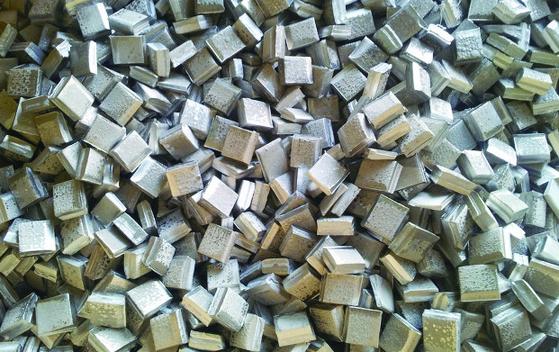 LEE DONG-HYUN
The author is the deputy industry 1 team editorof the JoongAng Ilbo.


Nickel, a chemical element with atomic number 28, is a metal that humanity has used for a long time. A 5-cent coin in the United States is called a “nickel.” In the early 20th century, cinemas where admission to view a movie was just 5 cents were called “nickelodeon.”

Nickels generally exist in a form of an alloy with iron. Coins are mostly made of white copper — a nickel-copper alloy. Nickel has long been used as a material for coins, as its characteristics and color are similar to silver. As in all elements, pure nickel was discovered thanks to alchemy.

The absurd dream to make gold artificially led to chemical development. Baron Axel Fredrik Cronstedt of Sweden extracted pure nickel and named it “nickel” in the 18th century. As nickel is easy to process and highly magnetic, it has many uses from accessories to electronic parts.

You need to be careful as nickel can cause allergies or even be toxic to human bodies. Some people have rashes when wearing accessories made with compound metals, including nickel. A few years ago, a water filter company was in a controversy as a nickel part fell from its machine, which posed harm to public health.

A high nickel battery refers to a rechargeable battery with high nickel content. With high nickel content, cars can have significantly longer mileage. The most notable form is NCM (nickel-cobalt-manganese) batteries. As demand surges lately, the price of nickel is also skyrocketing. On Sept. 1, the three-month nickel price in the futures market at the London Metal Exchange surged to $15,532 per ton.

The cheap metal that is named for a 5-cent coin has become precious again. Nickel is also a “conflict resource,” unethically mined in developing countries. Convenience is important, but we should not buy convenience with someone’s pain.