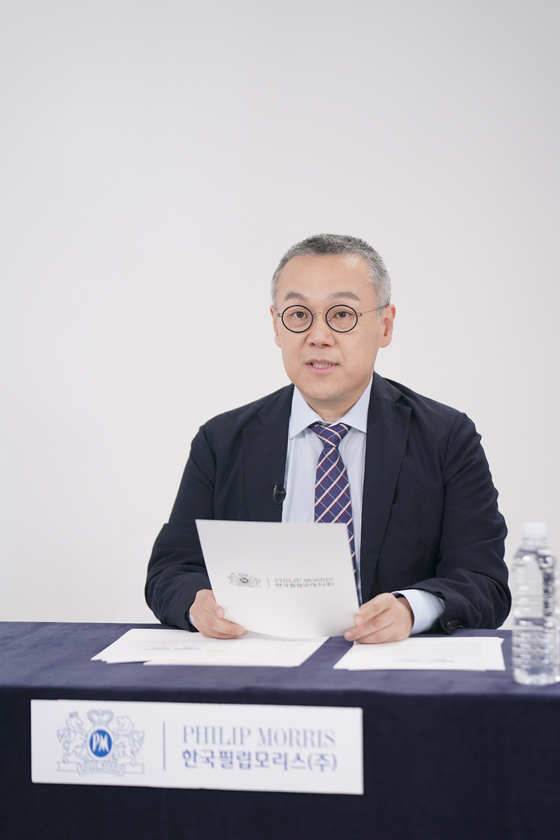 During an online press event held Wednesday, Paik said the company’s IQOS heat-not-burn tobacco system is “fundamentally different from conventional cigarettes, and, therefore, it is inappropriate to apply the same regulations.

“Stronger regulations need to be enforced on worse products.”

In July, the FDA authorized Philip Morris International (PMI) to market IQOS as a modified-risk tobacco product. This enables PMI to say that the IQOS system, which heats tobacco but does not burn it, significantly reduces the production of harmful and potentially harmful chemicals.

The authorization also allows PMI to say that scientific studies have shown that switching completely from conventional cigarettes to the heat-not-burn system significantly reduces the body’s exposure to harmful or potentially harmful chemicals.


“Korean smokers that smoke conventional cigarettes have the right to learn of a replacement that has been scientifically proven to be better,” said Paik. “Instead of approaching e-cigarettes ideologically, transparent discussion based on evidence needs to take place [to ease regulations].”

There are more than 8 million cigarette smokers in Korea.

“If accurate information isn’t delivered to adult smokers, and if the relevant legislation does not encourage a better replacement, they will continue to smoke conventional cigarettes, damaging their health and causing a major social loss,” Paik said.

Paik also suggested the need to ease taxes on e-cigarettes to encourage more smokers to use e-cigarettes.

Paik's statement came in response to the Health Ministry's announcement last month on its plan to double the national health promotion tax on e-liquids for electronic cigarettes from 525 won ($0.44) per 1 milliliter of nicotine solution to 1,050 won starting in January next year.

Promoting e-cigarettes is part of the company’s vision to achieve a smoke-free future.