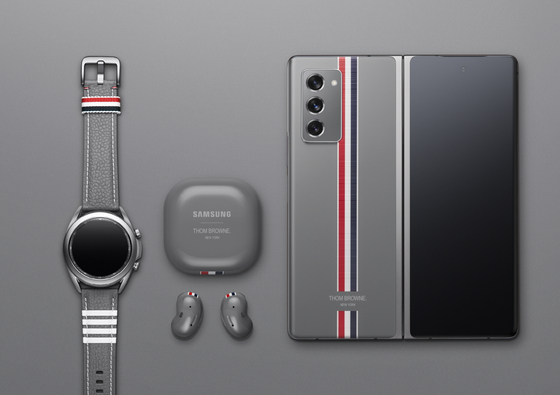 
More than 230,000 Koreans put their names in to buy one of 5,000 Thom Browne Galaxy Z Fold2s from Samsung Electronics.

The company held a two-day online lucky draw from Sept. 7 to 8 for a chance to purchase the Galaxy Z Fold2 Thom Browne Edition.

The smartphone comes with several accessories also designed by Thom Browne, including a set of wireless earbuds and a Galaxy Watch 3.

Thom Browne was founded in the United States in 2001 as a maker of menswear. It has since been owned by a number of companies and is now controlled by Milan's Ermenegildo Zegna.